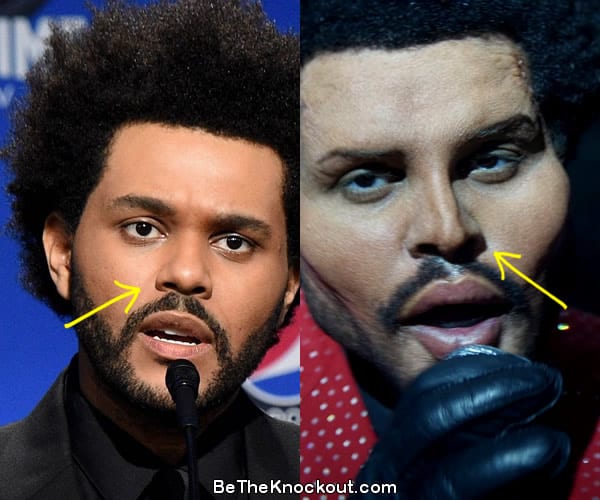 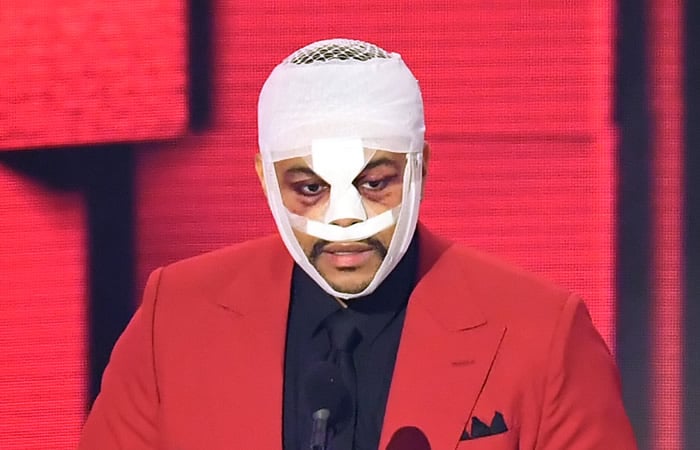 The Weeknd has pulled off the biggest plastic surgery stunt I have ever witnessed.

He got me good.

He got me real good!

This nose is obviously fake but his makeup artist did a good job in making it as thin and as crooked as possible.

I’m not going to lie. It was shocking to me at first.

But then, I thought, why would he do this to himself LOL? 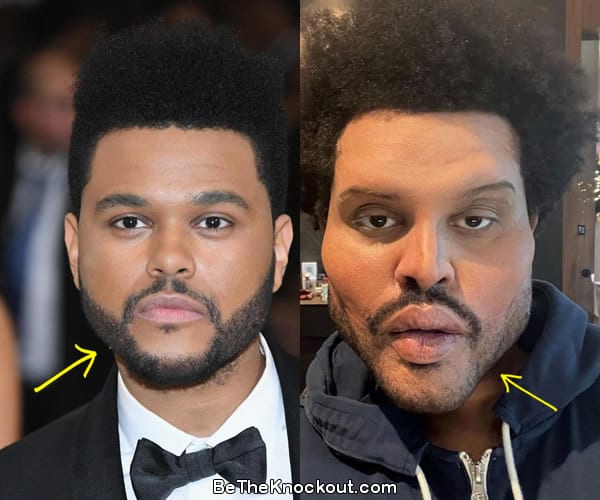 The Canadian singer tried to make his face look as plastic as possible by imitating a face lift procedure.

He looked like a cartoon character if I’m honest. 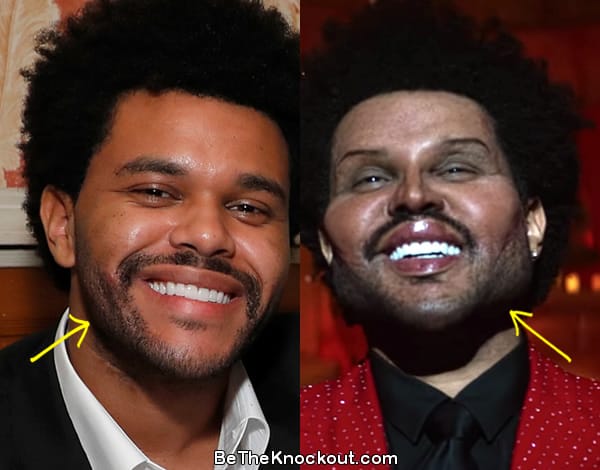 I guess he was trying to pretend he had excessive facial fillers and he got the puffy face cheeks right.

Those square jaws and chin look like implants too.

He may have gotten teeth veneer 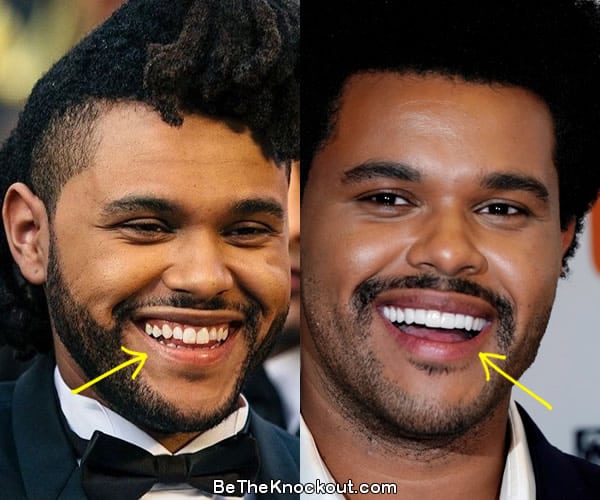 While I was doing these comparisons on The Weeknd, I noticed something very strange about his teeth.

He used to have rabbit teeth that seem to have been fixed with veneers.

What do you reckon?

As you probably know by now, the whole botched job was nothing more than a publicity stunt. It was NOT real.

Some people said The Weeknd was having a dig at Bella Hadid for having enhancements but I’m not so sure about that.

For one thing, if Bella did have work done, it was a successful one as she looks gorgeous.

But for him, ewww.