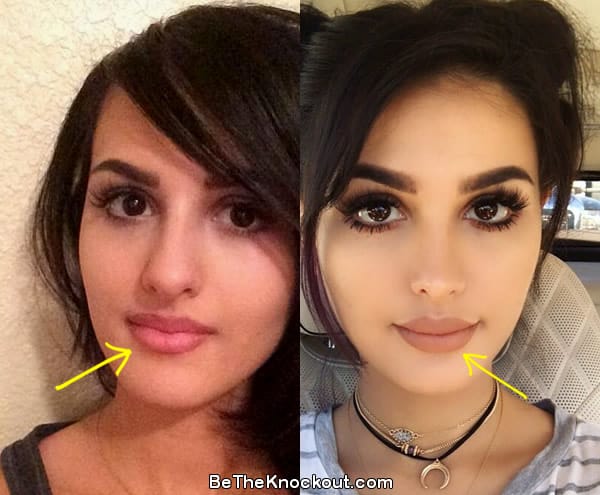 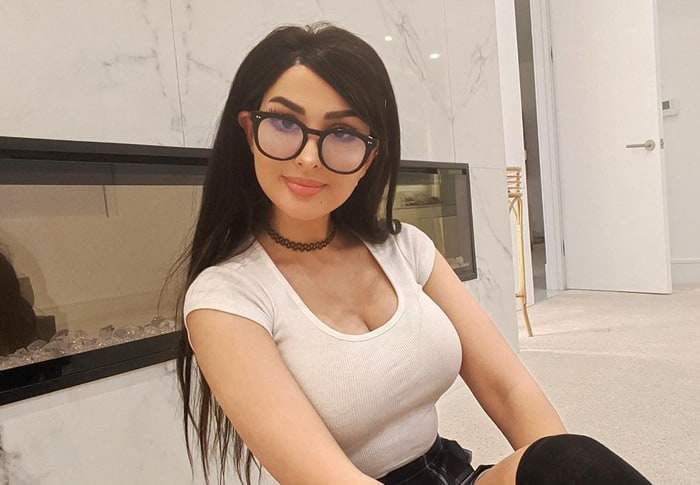 Let’s cut to the chase.

I think SSSniperwolf is absolutely gorgeous!

Despite all the funny reactions this female Youtuber does online, she is a total babe and I’m sure most of her subscribers would agree with me.

Therefore, it makes sense for me to do these plastic surgery comparisons on her.

I just couldn’t help myself.

Did SSSniperwolf have a nose job? 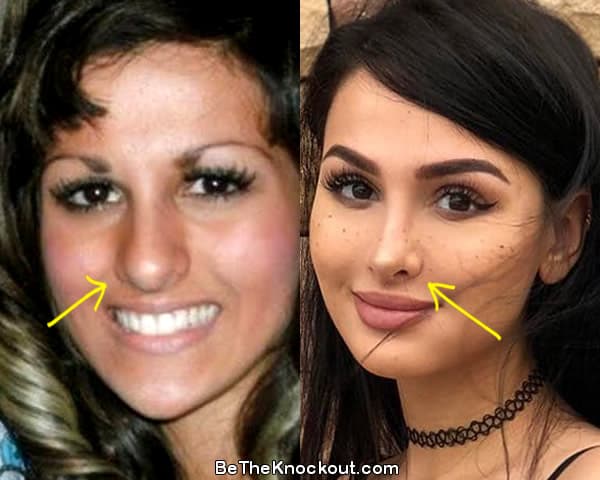 SSSniperwolf, also known as Lia Wolf, seems to have a bigger nose before she got famous on youtube.

Although the smile in both of these pictures are slightly different, the disparity of her nose shape is hard to ignore. She had a rather bulbous nose tip compared to now.

I’m leaning towards a nose job here as I don’t think makeup alone can instill such changes. What about you?

Has SSSniperwolf had lip injections?

I don’t see much differences here.

Lia was born with decent size lips so I don’t think she needs any lip fillers. I believe it’s mostly makeup that has been causing the suspicion.

Of course, I wouldn’t be surprised if she has tried it in the past.

Did SSSniperwolf have a boob job? 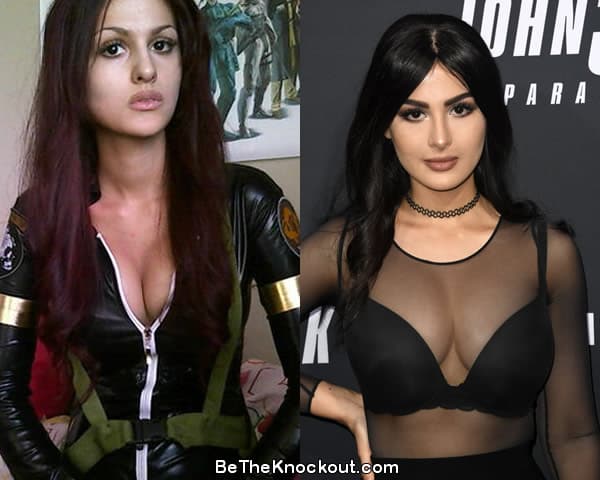 I believe SSSniperwolf’s boobs are real and all the sexy cosplay photos that she’s been sharing online are based on her natural body.

In other words, her breasts were not enhanced and they are not implants.

Did she get a butt lift? 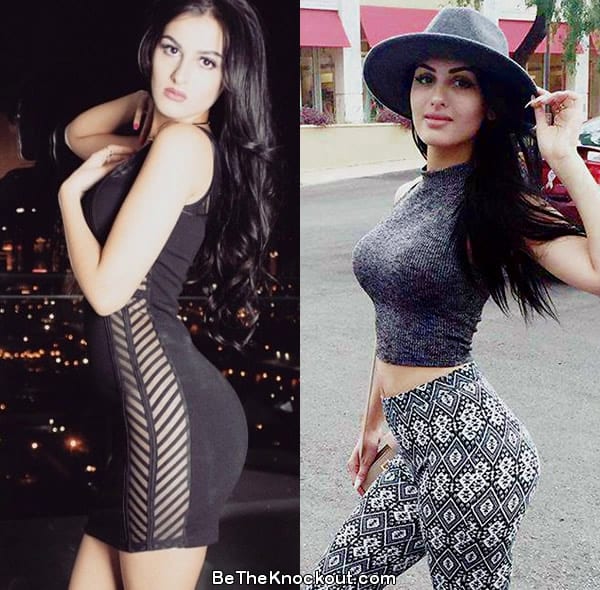 It’s hard to believe that Lia is gifted with such a great body.

But I couldn’t find anything to suggest otherwise. As you can see from above, her buttocks doesn’t seem to be fake. There is simply no evidence pointing her to a butt lift.

I guess she’s just one of those lucky few.

You may think of me as bias and that’s fine.

I am a fan of SSSniperwolf so it’s only natural that I’m on her side. But as much as I wanted to back her up, there are things that I cannot deny.

Yes, I think she might have gotten cosmetic procedures but only on her face. Of course, you can be your own judge.