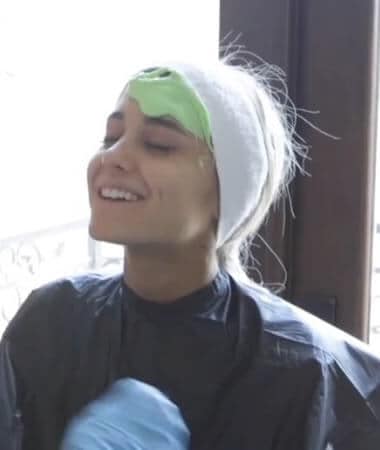 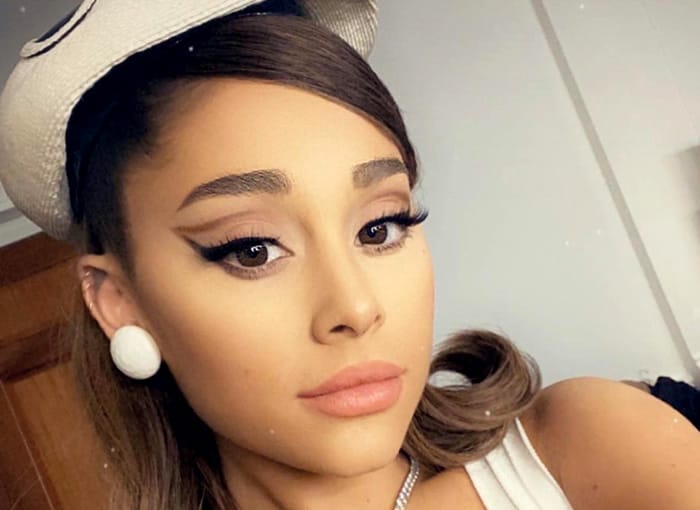 Correct me if I’m wrong.

But does Ariana Grande sleep with her eyelashes on?

Seriously, trying to find a picture of her without makeup is like going on a mission to Mars, except I’m not a freaking astronaut!

It was tough but I found them.

Ariana was getting her hair done in a salon and for some reason, she had no makeup on.

Like most women, Ariana takes good care of her face and uses facial masks often.

Allow me to introduce you to Ariana Grande without eyelashes! YEAH!!!

Like most young girls, she also went through that awkward and innocent phase before she found the beautiful character for her face.

Something tells me Ariana doesn’t like water very much. I hardly see her swim!

Unless it’s for a photoshoot or an MTV, I doubt you’ll ever see her at a beach, let alone a swimming pool.

But then, how does she get her tan these days? Hmmm…fake?

Every artist does it.

They want to show everyone how pretty they look the moment they wake up in bed and without makeup.

Although the picture isn’t clear, I suspect she had some help around the eyes.

Did you know that Ariana once hosted a makeup tutorial lesson on youtube?

I’m serious and you can watch the entire 7m 56s video right here.

8. Eat For The Camera

Who needs the perfect hair and eyeshadows when you’re eating a chocolate bar at home? If there is a mirror nearby, make sure you snap a pic like her!

We’ve all seen Ariana pull funny faces before but I bet you haven’t seen one where she is completely makeup-free!

Wow! Ariana looked so different here with no makeup and I’m beginning to understand why some people think she’s had work done.

But hey, I look different too when I was younger, okay?

Was the “Thank U, Next” singer giving her fans a goodnight kiss before bedtime?

While she wasn’t completely without makeup (lashes again!!!), I can see the mole on her left cheek.

Besides having an angelic voice, part of the reason behind Ariana’s success is because she has a pair of eyes that talk.

This picture proves that she doesn’t need heavy makeup to shine. A simple eyeliner followed by a touch of mascara is enough to get the show started.

Do you really think Ariana would post a closeup “no makeup” selfie on social media?

I didn’t think so either, but here you go.

This image was captured by Ariana inside a car. So, why was she barefaced? Here are 3 possible explanations that I could come up with: