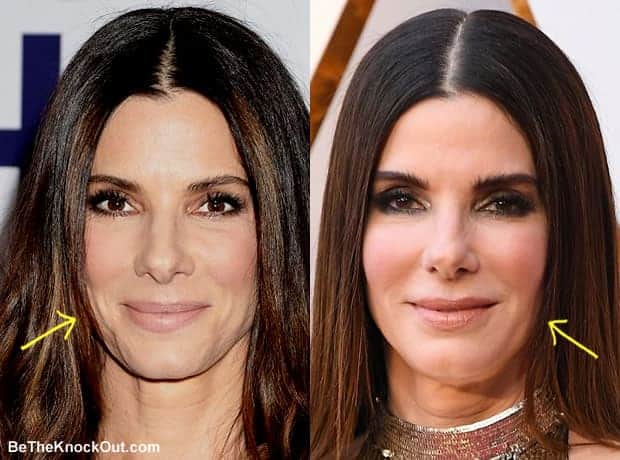 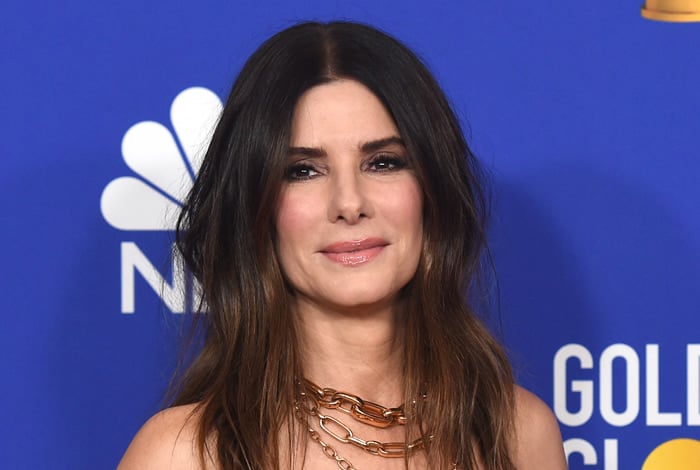 This is how long it has been since I fell in love with Sandra Bullock for her role in the action thriller, SPEED. (Psst…I was only a kid then)

While I have never considered her to be the sexy type, Sandra is beautiful in her own unique ways. However, I think aging is getting the better of her and I’m starting to see signs of plastic surgery popping up.

That’s why I’m doing this.

I’ve been noticing some weird things on Sandra’s face so I thought it’s about time I give her a full scan.

Did Sandra Bullock have botox injections? 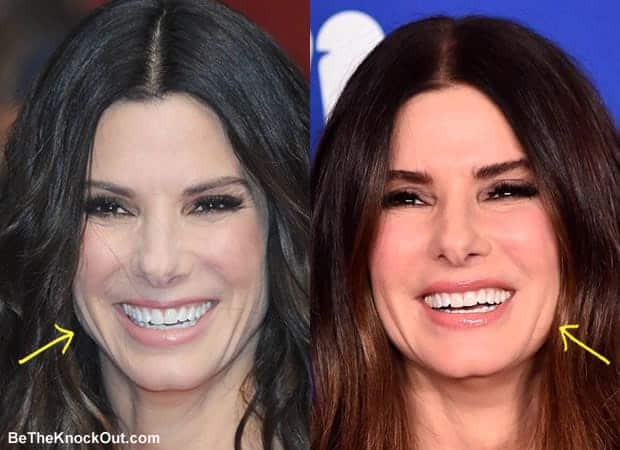 It’s hard to imagine this woman is 57 years old. She is gorgeous!

But the younger Sandra seems to have more wrinkles around her face cheeks and this raised some question marks for me. I mean, those tiny laugh lines are hard to ignore and they have faded in the “after” photo.

It’s obvious that she couldn’t get rid of those larger smile lines with botox alone but that area looks slightly bloated to me. So, I think the chance here is quite high.

Has Sandra had a facelift?

Ok guys, I have gone through so many of her pictures within the last 10 years so I believe I have every right to say this.

Despite the fact that Sandra’s face looks smoother than her real age, I haven’t spotted any deep folds or wrinkly skin to justify a facelift.

I mean…I’m literally seeing Sandra Bullock in my dreams every night so you can imagine how many photos I’m talking about here. It’s not funny!

There were some puffy moments here and there, but that’s most likely from botox, and not a surgical lift.

Did Sandra get lip injections? 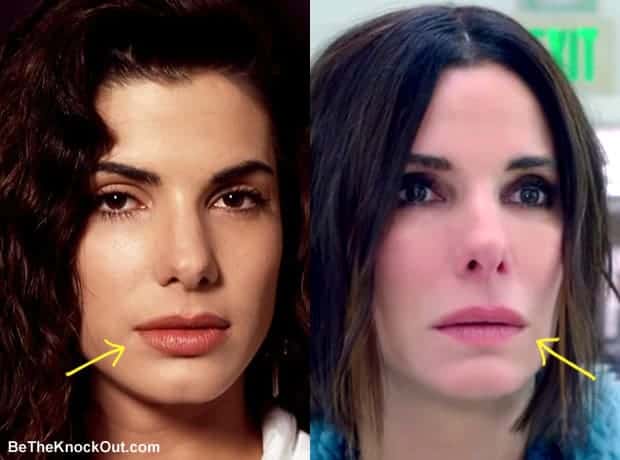 I’m going to blame “Bird Box” for this one.

If you’ve also seen this movie, then you will know what I’m talking about. Yes, I also noticed something unnatural about Sandra’s lips and I thought she had lip injection too.

But then, I realized Sandra might have been treating her marionette lines with dermal fillers and it stiffened the muscles around her mouth. That’s probably why it gave her that frozen stiffed look.

Watch it again and you’ll see what I mean.

Did Sandra have a nose job? 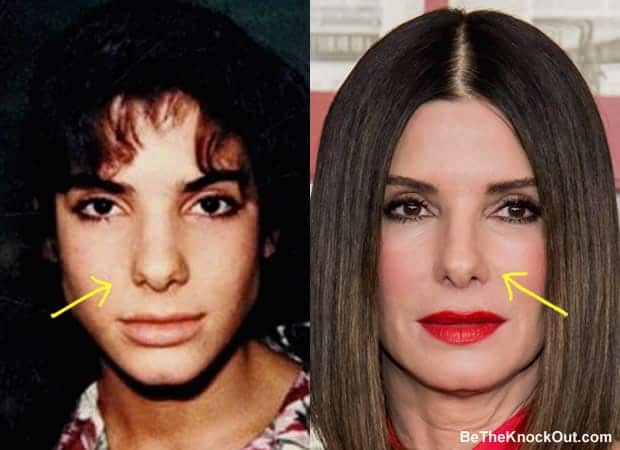 This was the hardest of all.

There isn’t a dramatic difference in Sandra’s overall nose shape but she clearly had a thicker bridge bone before. If you ask me whether this part can become thinner with age, my answer is yes.

And if you ask me whether it is possible that Sandra had a minor nose reshaping procedure, my answer is also yes.

Sorry, but here is something else. Sandra’s sister accidentally broke her nose when they were young. Whether this happened before or after this photo was taken, I don’t know.

That’s because I am confused.

This post took much longer than I had anticipated.

I guess I wanted to find every evidence possible to prove the rumors wrong. Perhaps I just didn’t want to believe that Sandra would get plastic surgery but even if she did, I think it’s in her favor because she looks amazing!