As the founder of one of the world’s most successful cosmetics companies, Kylie Jenner obviously knows a lot about makeup.

Yes, she’s a babe and an inspiring one too.

But what happens when all the blushes and shines are washed off?

Well, these pics will prove that she’s only human with flaws, just like you and me.

Who would have thought that underneath all the concealers, powders and bronzers, Kylie is just like the rest of us.

Yes, she has freckles and pimple scars too. Yay!

Sometimes, we forget that behind all the makeup, Kylie is just an ordinary girl.

The social media star was spotted in the mall with her hair pulled back while wearing a pair of “not so glamorous” glasses.

She didn’t have eyelash extensions!

Here’s a screenshot of a video she posted online teaching others how she removes her makeup.

I believe Kylie was trying to avoid the cameras by going makeup free at the airport.

Have you ever noticed how Kylie’s face shape often changes from slim to wide, and then back to slim again?

I don’t care if she had makeup on or not. A mother’s hug is the most beautiful sight in the entire world.

This picture reminds us of how far Kylie has come in terms of her beauty.

From her thin lips and boring eyes to now, being one of the sexiest women on the planet.

I guess what they say is true: “There is no ugly woman, only lazy woman”

And the truth is, she was gorgeous already!

Being the youngest billionaire in the world, I suppose you do have a lot to think about.

I don’t recall the last time seeing Kylie Jenner with messy hair and without makeup.

The famous influencer did a makeup tutorial video for Vogue teaching some eye and facial application techniques.

Doesn’t Jenner look amazing with blonde hair? Her bare face really stood out without the foundation, eyeshadows, lipstick, and gloss getting in the way.

I wish she took off those lashes though. That would have completed the natural look.

She’s a beauty and she drinks coffee.

A makeup-less Kylie was seen in a boutique sporting a full-body tracksuit look.

From afar, I almost thought she shaved her head (can you imagine a bald Kylie?), but it seems she was just using her sunglasses as a headband.

I knew her transformation was huge but when you compare it side by side like this before and after shot, it’s a fairy tale.

The only difference is that Cinderella has become more sexy and green. 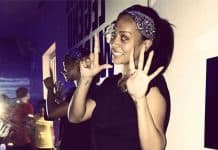 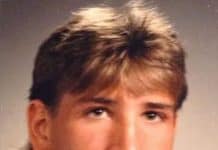 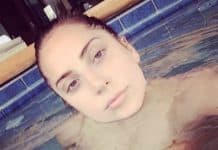 20 Rare Lady Gaga Without Makeup Pics You Must See 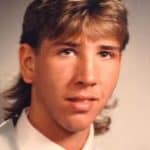 Kass Barrera - January 27, 2020
Rock is his game and gothic is his religion. Marilyn Mason has been conquering both worlds with his heavy metal music, iconic makeup, and...

Kass Barrera - January 22, 2019
I knew she has a killer waistline and powerhouse vocals. But apparently, when you combine the two together, you get some killer 6 packs too! Check... 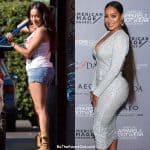 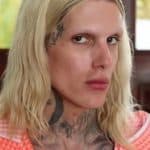 Sonny Tenorio - September 11, 2019
When it comes to Jeffree Star, we are all too familiar with his smokey eyes, nude lipsticks, and colorful palettes. In fact, I can't even... 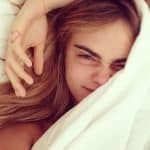 Kass Barrera - August 7, 2019
Top model and actress Cara Delevingne is no stranger when it comes to trying out different makeup looks. In fact, she’s probably too familiar with...

Be The Knockout - Get the best ideas and tips on beauty, hair, fashion, diet, fitness, and lots more. See the latest celebrity trends, news, and styles with photos and videos.
Contact us: [email protected] 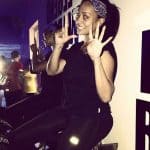 Kass Barrera - February 17, 2020
It’s no secret that Lala Anthony is an expert in beauty, fashion and cosmetics. Living the glamorous life means you always have to look your...

Kass Barrera - January 27, 2020
Rock is his game and gothic is his religion. Marilyn Mason has been conquering both worlds with his heavy metal music, iconic makeup, and... 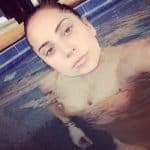 20 Rare Lady Gaga Without Makeup Pics You Must See

Kass Barrera - January 23, 2020
When it comes to unique makeup and crazy fashion, Lady Gaga has been slaying it. Every time you watch her perform live, she'll repay you...