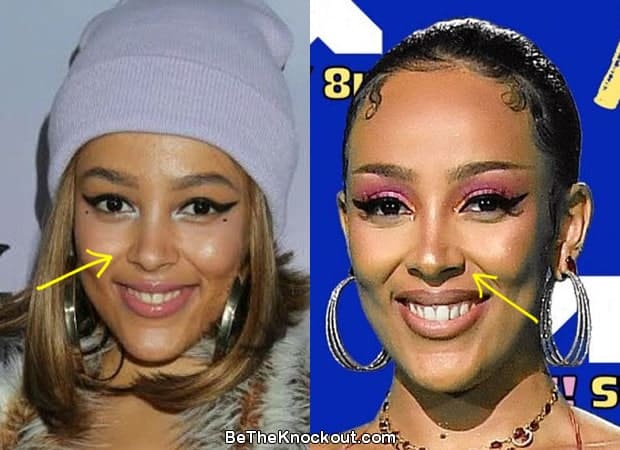 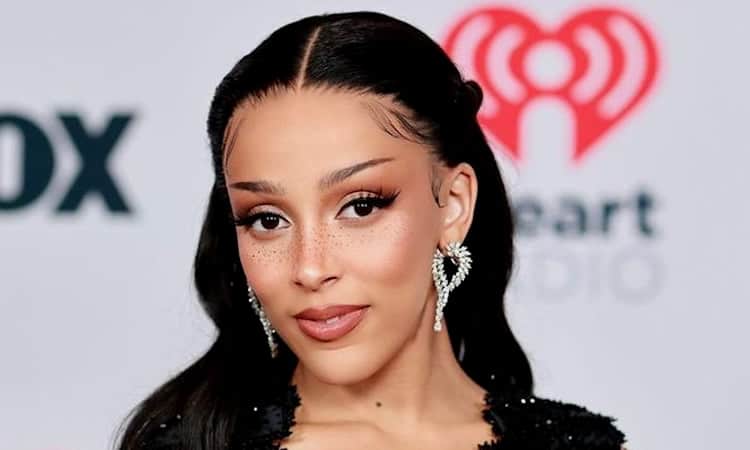 I know Doja Cat has denied all plastic surgery allegations but if you compare the singer’s face with her body, you’ll see that something doesn’t quite add up.

Either she is naturally gifted or she is lying.

Don’t get me wrong. I find Doja Cat very pretty, extremely talented, and has a body to die for. That’s exactly the reason why I had to do this.

Did Doja Cat have nose job?

Let’s start with the rapper’s face.

A lot of people assumed she had a nose job because Doja Cat’s nose is naturally thin. But the truth is she was born like that.

I deliberately picked these smiling pictures as they gave a more accurate comparison on both her nose bridge and tip. They both look identical to me.

Did she get lip injections? 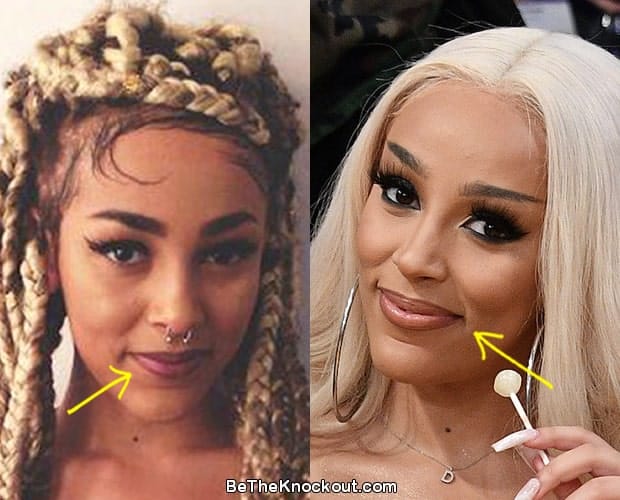 Doja Cat has gorgeous lips and I doubt she wants to change that. There are absolutely no signs of lip fillers that I could spot from any of her photos.

Has she had a boob job? 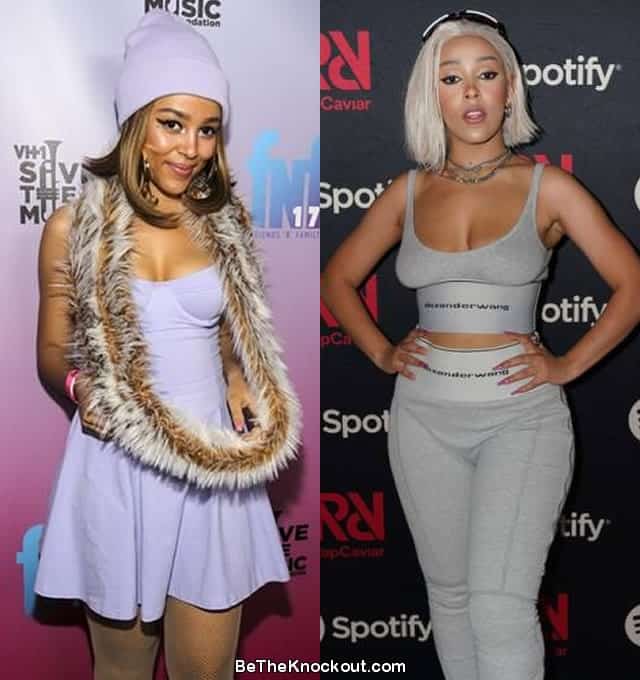 When it came to Doja Cat’s body, I had to dig deeper than usual but that’s only because I think she has an incredible frame.

I found that when she is not wearing push-up bras or dresses, her boobs can get a little saggy, as you can see from this “After” photo. This tells me that her breasts are natural, unlike fake implants that tend to defy gravity. 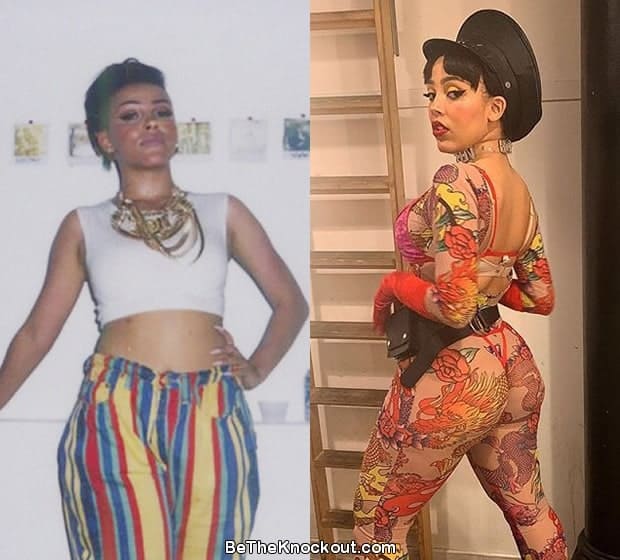 It was difficult trying to find Doja Cat’s younger pictures, but I found one dated back in 2013 when she was still 17 years old.

As you can see from the “Before” shot, the rapper already had big hips and thighs. This also means, proportionally, she would have a bigger butt. The fact that she is biracial with a South African father just seals it for me.

Yes, black women tend to have bigger buttocks so I believe the singer has not had a butt lift. She doesn’t need one.

Before I created these comparisons, I had my doubts as I didn’t think any woman would be that lucky to have both a thin face shape along with a thick bootylicious body.

However, I’m taking that back.

I strongly believe Doja Cat has never had cosmetic surgery and she is simply a woman who is naturally gifted in both beauty and talent.