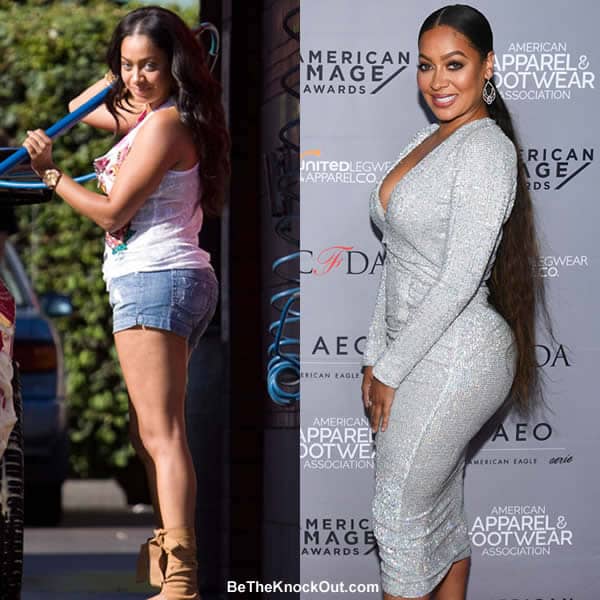 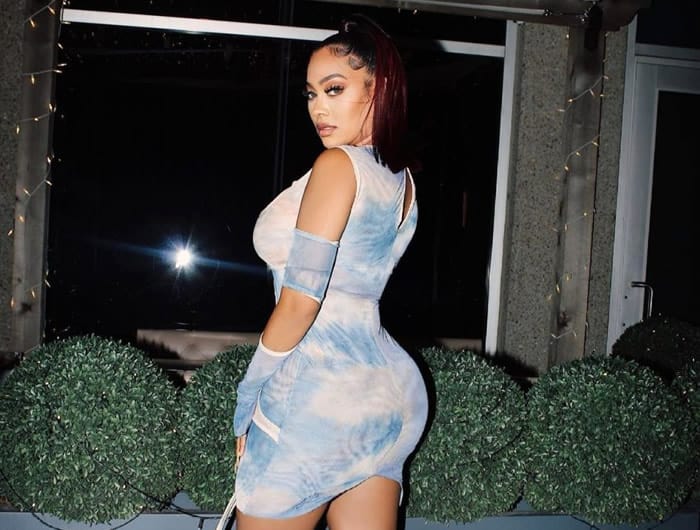 Personally, I think her beauty is extraordinary especially her unique hazel brown eyes which I find absolutely gorgeous and really stands out on her dark skin.

Her appearance isn’t without scrutiny though and like a lot of women in Hollywood, La la has been the subject of plastic surgery rumors over the years. Critics claim that without the enhancements, she would look plain, boring and uninteresting.

So, I’m eager to find out if she’s gone under the knife and to get your thoughts too.

Because to me, she’s a babe!

I did my own research and compared as many photos as I could on La La’s face and body. Pictures don’t lie, right?

Has Lala Anthony had a nose job? 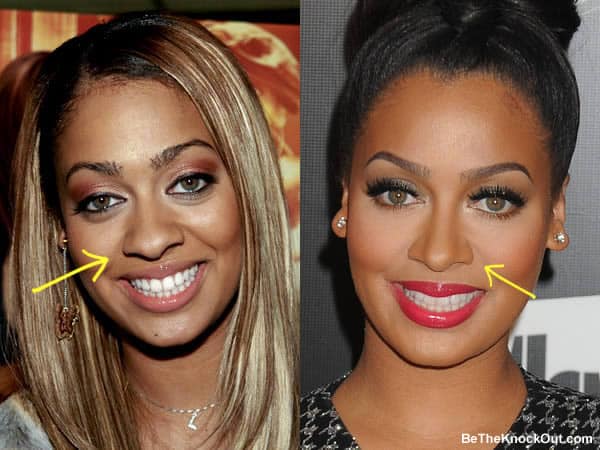 If there’s one thing fans have said about Lala is that she’s great with makeup. She knows how to highlight her best features — her eyes, nose and cheekbones — with cosmetics.

She can easily upgrade her look with a whiff of her magic brushes.

However, I don’t think any contouring makeup can make her nose look this slim and small, as evidenced in the right photo. Her nose tip on the left appears more bulbous, big and round. Her nose bridge on the right is much thinner and the tip seems upturned.

So, is this the work of her magic or a nose job? You tell me.

Did La La have botox on her face? 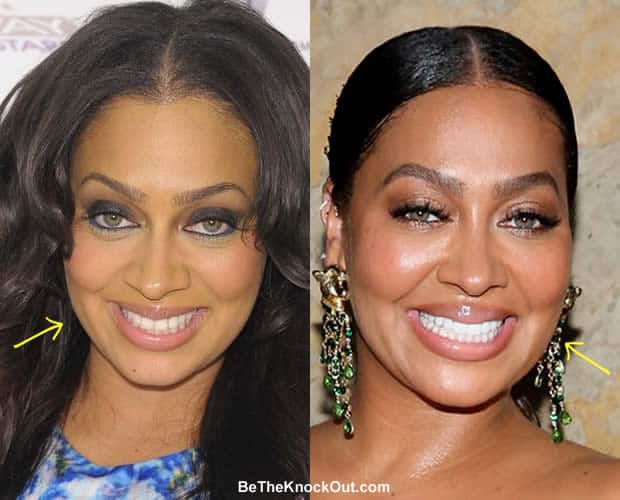 Lala’s penchant for using expensive anti-aging cream and skincare products is legendary. She spoils herself when it comes to her skincare obsession and it probably shows because she glows on most of her photos.

Yes, her face is smooth and wrinkle-free but I don’t think Lala had botox injections. Both before and after images look natural to me.

I guess having sensitive skin has made her more conscious of what she put on her face and dealing with psoriasis most of her life has also made her an expert.

Sure, she seem puffed up, but that’s just the gained weight.

Did Vázquez get a boob job? 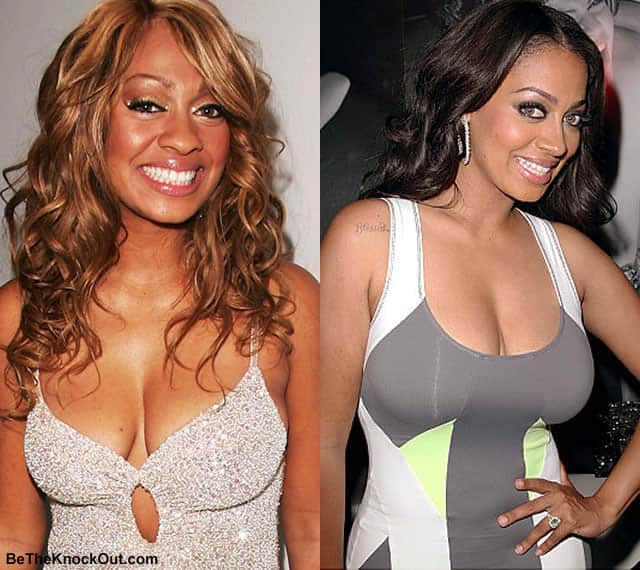 Lala has an amazing upper body, but I couldn’t find anything fake.

In fact, she seem to have developed big boobs growing up so I can’t see any reasons for her to get implants. Her breast shape and size looks all-natural to me.

Does Lala have butt augmentation?

I can’t say the same about her lower body though.

Yes, she is hot and has an amazing curve. But unlike her natural breasts, I think La La might have had a butt lift to shape her behind.

If you look at her earlier photo, she doesn’t seem to have the Latina butt that most Puerto Rican women have. But in the after shot, her rear end looks unnaturally large, round and firm. It’s almost Kardashian-like (just saying).

Do you think she had an augmentation?

The star has never admitted to having any cosmetic procedures, but her past and present photos seem to suggest otherwise.

Although her face appears natural, I can’t say the same about her nose and buttock.

Interestingly, she produced a documentary “Killer Curves: Bodies To Die For” where she investigated plastic surgery in the black market, with butt augmentation being one of the highlighted procedures.