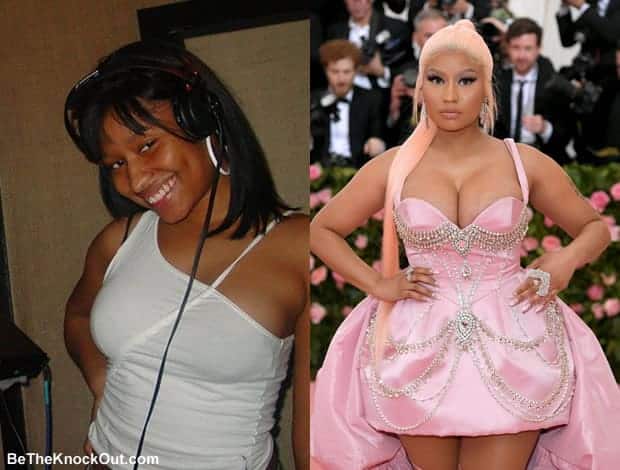 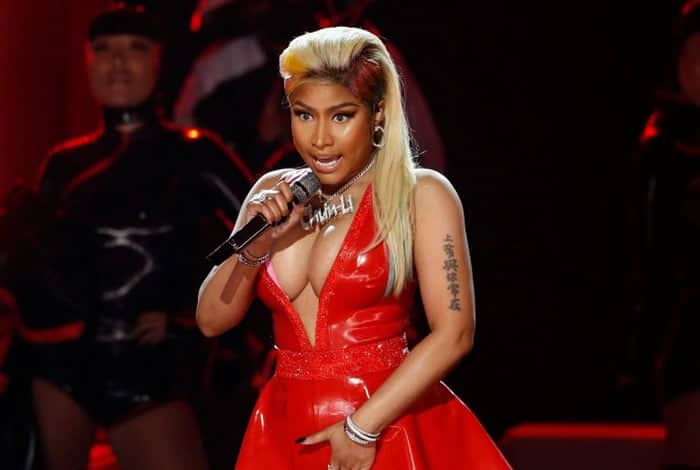 There are so many fake plastic surgery photos of Nicki Minaj circulating online that I feel is doing her injustice.

While the rapper must be numbed by the rumors over the years, I think it’s about time that someone closes the file.

Yes, I’m going to do some comparisons and try my best to prove everyone wrong!

Did Nicki Minaj have a nose job? 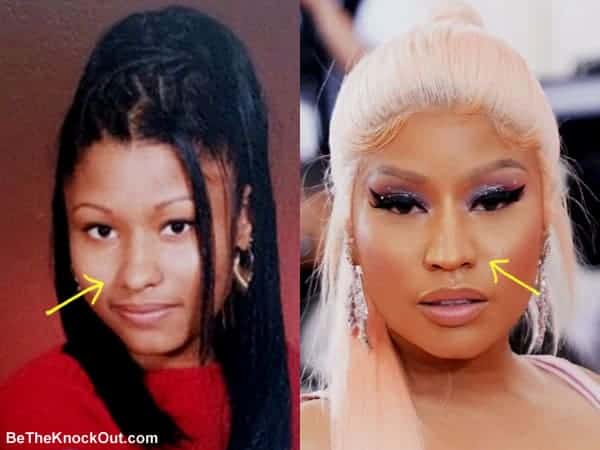 No, I don’t think she had her nose done.

There are times when Nicki’s nose looks thinner than usual but I think it’s just the makeup and camera angle that’s doing the tricks.

If you look closely, the overall shape and the tip look identical here.

Did Minaj get lip injections? 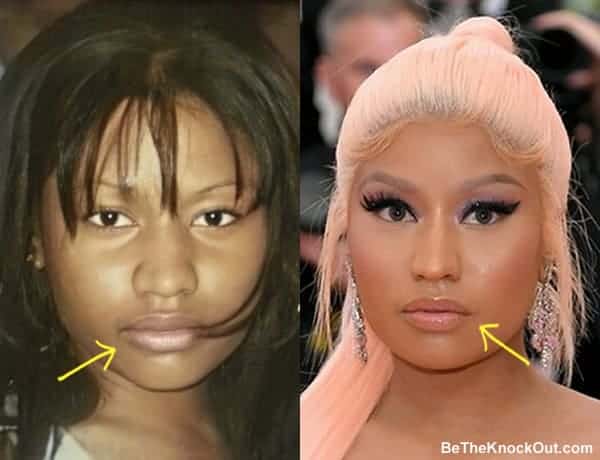 Another no for me, guys.

Nicki clearly had thick lips in her youth days too, so I doubt anyone would want to argue with me on this one.

Has Nicki had a boob job?

When it comes to Nicki’s body, this is where things can get a little tricky.

That’s why I’m glad I found this picture because it proves that Nicki already has large breasts prior to her fame.

Although her boobs often look bigger due to the way she dresses, I don’t think she had breast implants. Let’s just say she doesn’t need it.

Does Nicki have butt implants? 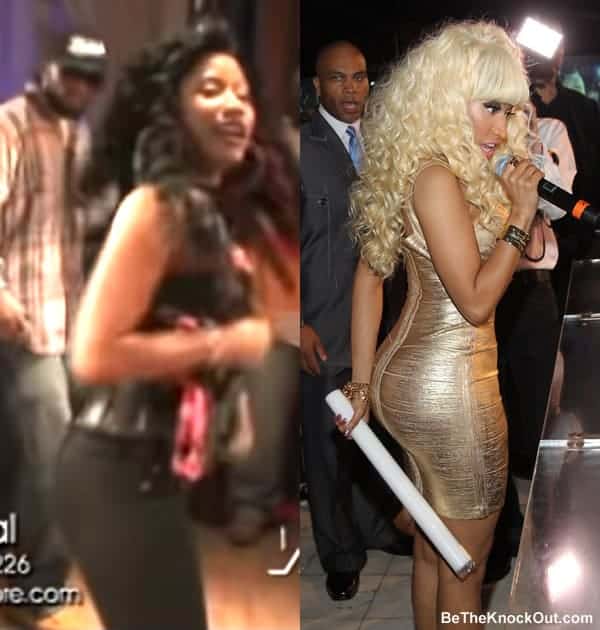 It took me a while to put this together.

There just weren’t many full-body pictures of Nicki before she got famous. Not from the side view anyway where I can do a proper comparison with her huge buttock.

Now, I’ll let you decide if they are butt implants, fat injections, or natural.

I’ll tell you what.

When Nicki mentioned in the past that she never had surgery on her face, I totally believe her and I’m backing her 100% even to this day!

However, I just can’t say the same about her body…especially her rear end.