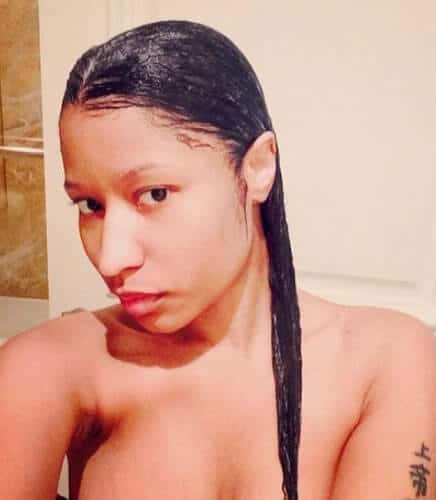 Forget about Nicki Minaj’s body for a second because that stuff is getting boring.

Let’s focus on her face instead because I really want to see what happens when the rapper goes makeup-free!

It’s not often we get to see Nicki keeping it casual on the streets. I mean…look at her messy hair and that bare face!

Maybe she just wanted to give her skin a break?

I’m sure Nicki has no problem performing but did she forget something on her face?

The only thing I can see is her lipstick. That’s it.

Photo booth is meant to be fun and pretty so when Nicki decided to go all-natural in there, I was a little surprised.

At least she is having a good time and that’s all that matters.

Here’s a throwback MTV of Nicki in a freestyle rap “Dirty Money”.

She didn’t have any makeup artist to help her back then but lucky she has natural beauty.

When you dress up like a homie with a bandana around your forehead, there is no need for makeup because it will spoil the tough look.

Nicki knows it too.

This picture proves that Nicki Minaj is one of the most beautiful female artists around. With minimal makeups, she looks like a prom queen.

If you want to see Nicki completely barefaced, it’ll probably be in the shower.

Yes, just like this selfie and I’m glad she took it for us.

The best thing about wearing sunglasses is you don’t need to worry about putting on eyeliner and eyeshadow.

It is the perfect cover up especially on a sunny day!

Oh hang on…where are your eyelashes? 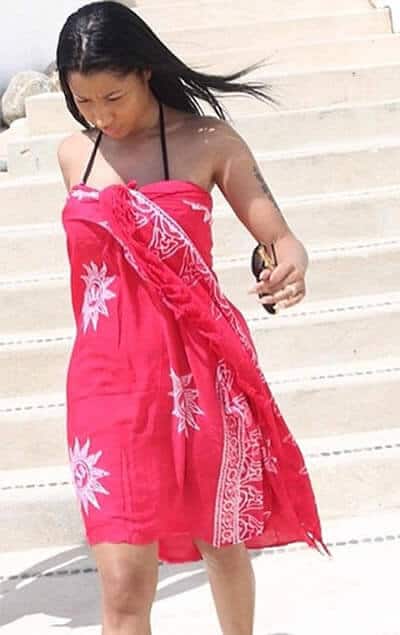 Rumor has it that Nicki doesn’t like swimming at the beach.

Judging by her makeup-less appearance, I don’t think she was there for a photoshoot either. So what exactly was she doing there in a bikini?

When you have youth on your side, you can live free and not have to worry about impressing anyone.

I’m sure Nicki misses those good “young” days too.

This image was captured from August Alsina’s music video, No Love, back in 2014.

Apparently, not many people noticed this ‘NO MAKEUP’ scene.

I certainly have missed it.