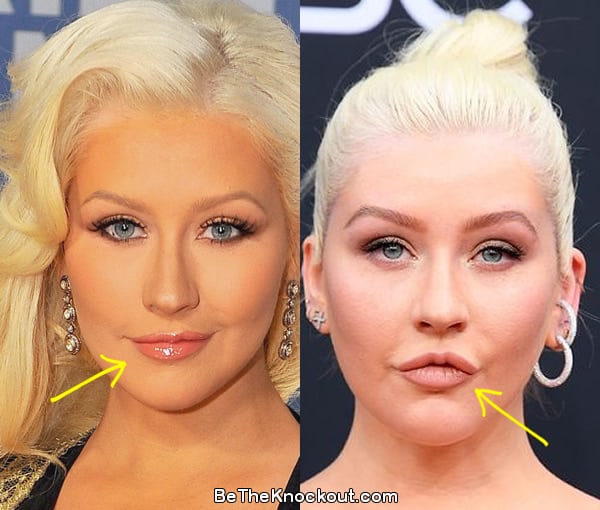 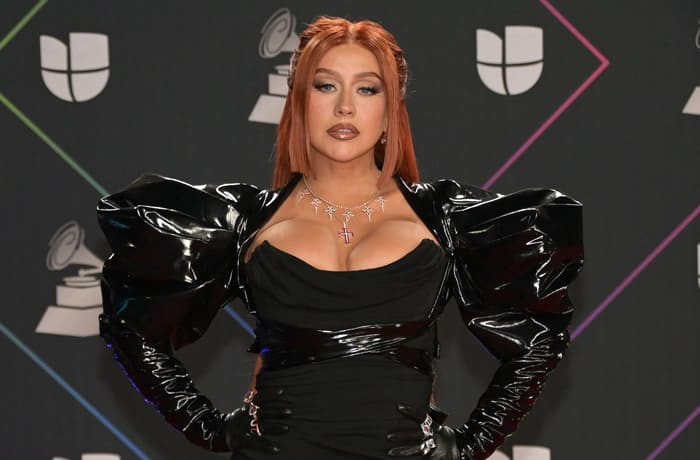 I almost couldn’t recognize her.

In fact, Christina Aguilera might be on the borderline of having too much plastic surgery and I hope she’s not addicted to it.

Of course, I’m only speculating, for now.

Has Christina Aguilera had a nose job? 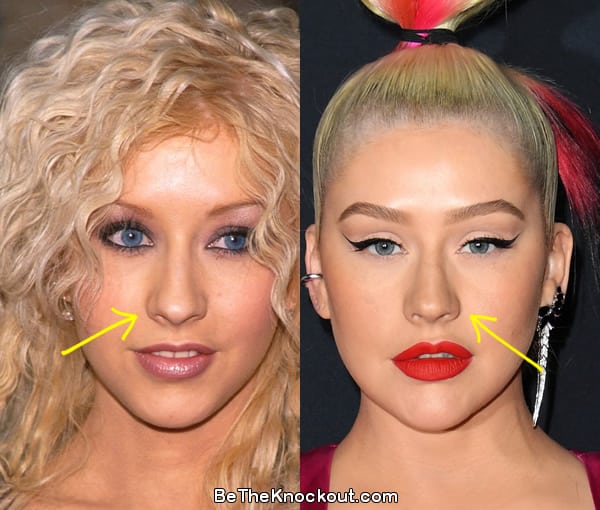 This may come as a surprise to some but I actually don’t think Christina had her nose done.

The shape of her nose looks very similar compared to her younger self. This evidence is enough to convince me that a nose job never happened.

Did Christina have botox? 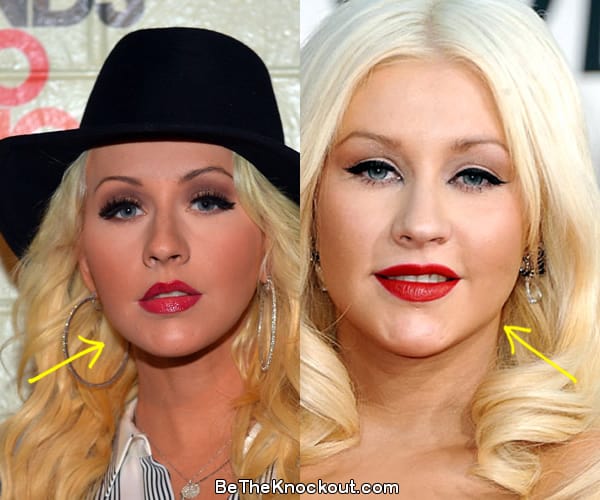 It’s no secret that Christina has put on some weight.

But the extra volume on her face seems to consist of botox as well as fat. Her puffy cheeks don’t look natural to me and there is a stiff look on her facial expressions too.

Furthermore, she hardly has any wrinkles so I think it’s very likely that she’s had a few needles.

There was a time when Christina’s lips look kind of weird.

It could be lip injections gone wrong but whether it’s true or not, her lips are back to normal now.

I just hope she doesn’t botch it again with fillers.

Has Christina had a boob job? 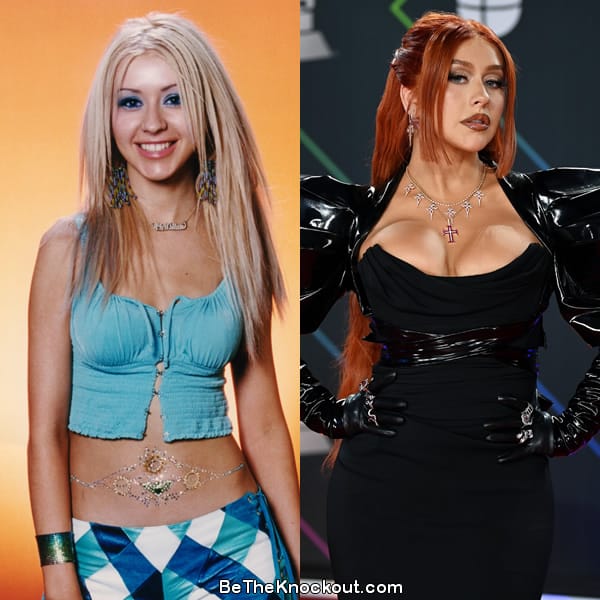 I think Christina’s boobs have gone up a few cup sizes and it’s very likely she has breast implants. Yes, I’m saying they could be fake.

To be fair, she does have a bigger body now so it makes sense for her to have a bustier frame too. However, the shape of her breasts doesn’t look natural, especially with the way they are pushed up in this photo.

So yes, it’s most likely a boob job.

Did Christina get a butt lift? 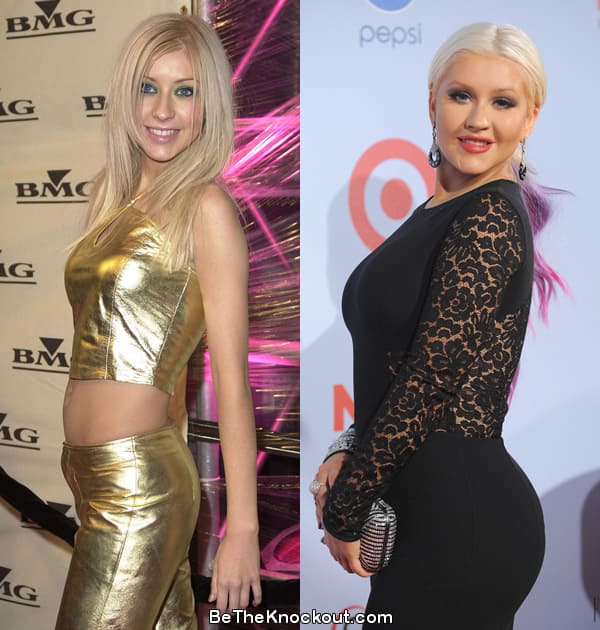 Her butt is clearly bigger.

I also think there is a good chance that she’s had her buttocks enhanced. The size increase doesn’t seem to match her body mass and a butt lift can definitely achieve this.

I could be wrong though.

I’m not going to sit here and pretend that nothing has happened.

Christina most likely had cosmetic surgery and she might be overdoing it too because there is a plastic feel about her appearance nowadays.

Moderation is the key and if people are starting to notice something unusual, then perhaps it’s time to turn down a notch?