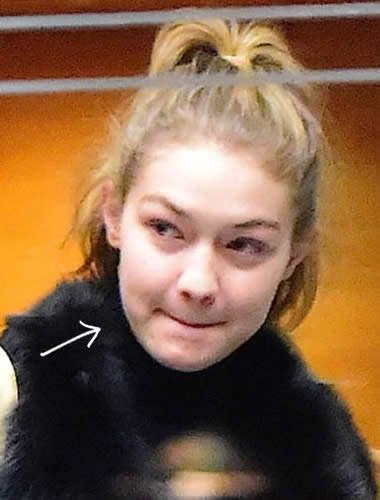 Wouldn’t life be wonderful if you could just wake up in the morning and not having to worry about doing your hair and putting makeups on?

Living in a world full of paparazzi, it makes perfect sense that she wants to look her best for the cameras. But then…what if she gets lazy? She is human, after all.

So if you have been wondering how Gigi would look without those heavy powders, lipsticks, and eyeshadows, this is your best chance!

Here are 21 stunning pictures of Gigi Hadid with no makeup: 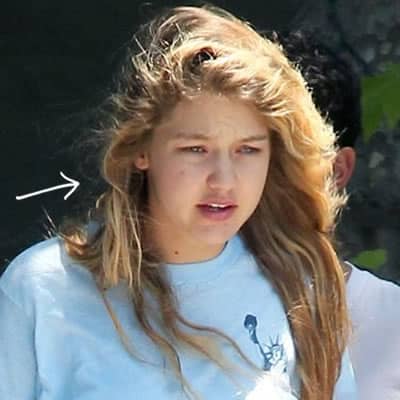 It looks like Gigi completely forgotten that she was in public. This face you are seeing is as pure as it gets and her hair is a total mess. To be fair, it was a windy day.

2. Before a good show 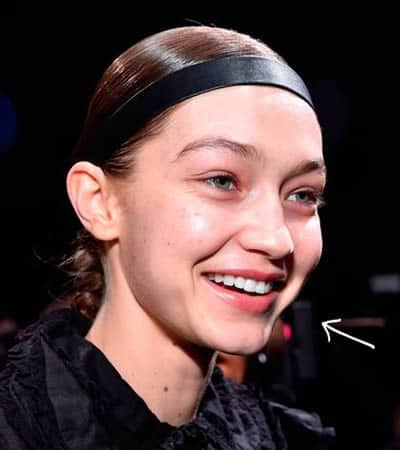 Nothing speaks professionalism more than what you are seeing in this photo. Before the show started, Gigi was being interviewed and clearly had no makeup on but that didn’t wipe the beautiful smile off her face. 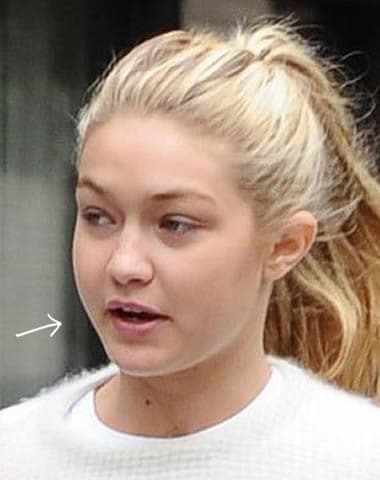 Without foundation, concealer, and highlighter, Gigi and her “slightly” chubby face had nowhere to hide. Has she been eating too much lately? I did say she is human. 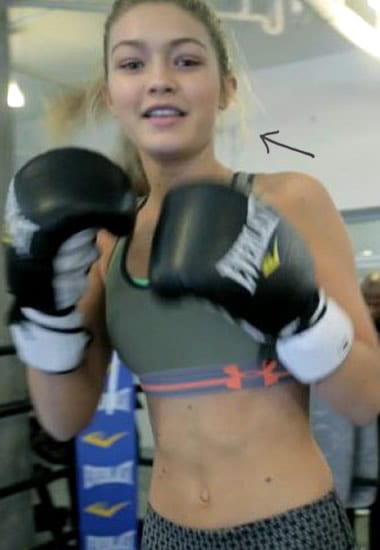 Being a supermodel is never easy. A lot of sweat goes behind the scene and there is no point for Gigi to put makeup on during her boxing session. Look at that waistline though…wow! 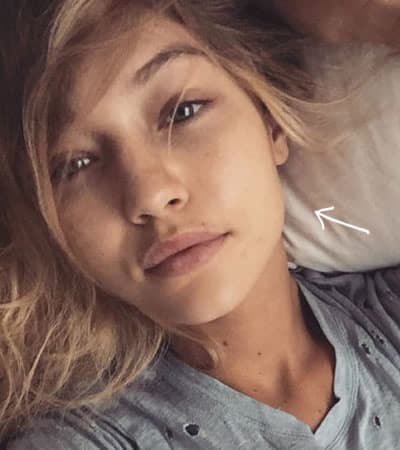 Looks like Gigi wanted to sleep in this morning as she shared one of her most natural wake up selfies on Instagram. Love those plump lips!

Either our glamorous model was in a hurry, or she was just being lazy here. At least she managed to fix up her hair…well, kind of.

7. Does she have makeup on? 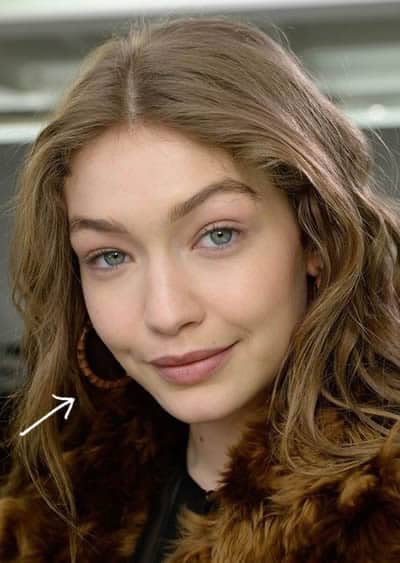 Okay, I must admit I had trouble with this one. At first, it just looked like another photo of Gigi Hadid without makeup, but when I look closer, it seems like she did have some concealer, bronzer, and pinkish minimal eyeshadow palette on. Maybe it’s Maybelline? 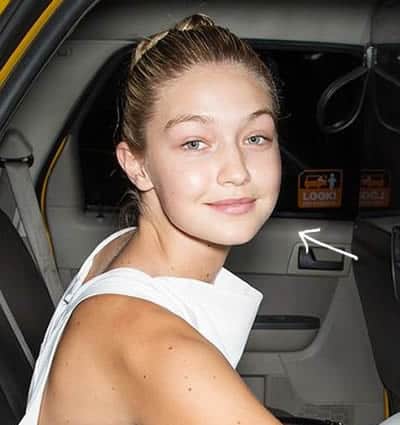 Gigi was spotted as she entered a taxi in the city. Is she all natural here or is this one of those minimalist looks again? Either way, she’s got the face for both. 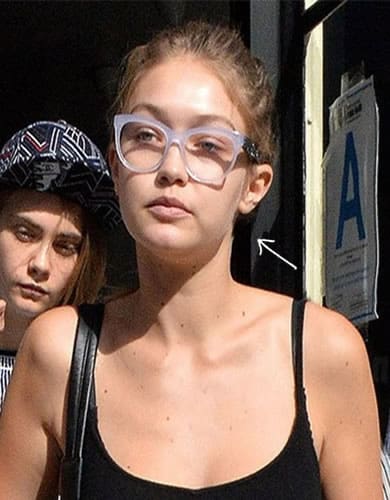 These glasses would look absolutely horrible on my face, but for some reasons, they look really good on her. Guess some girls are just born lucky. 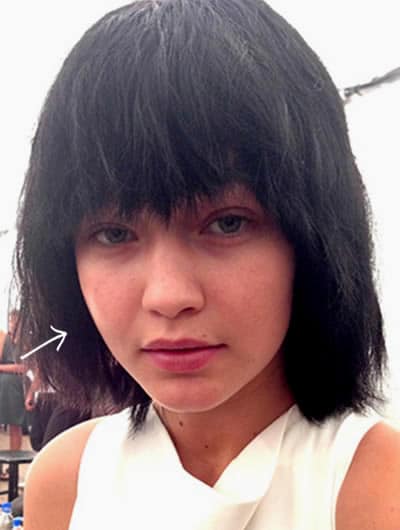 It’s not often that we get to see Gigi Hadid with black hair and I’ve got to admit that she looks different (in a good way), especially without any makeup. Imagine if she was wearing a kimono, she’d look like a Japanese doll. 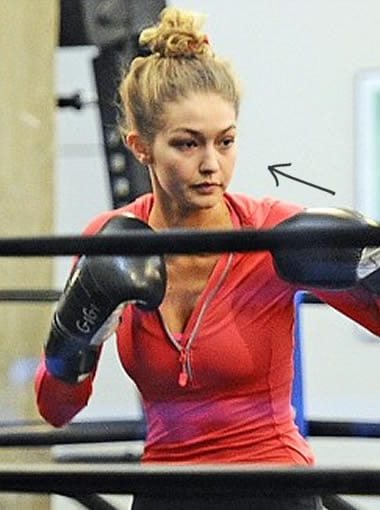 Not sure about you, but Gigi looks a little tired in this picture. Obviously, having no cosmetics didn’t help but perhaps she was just too focused on her boxing training. 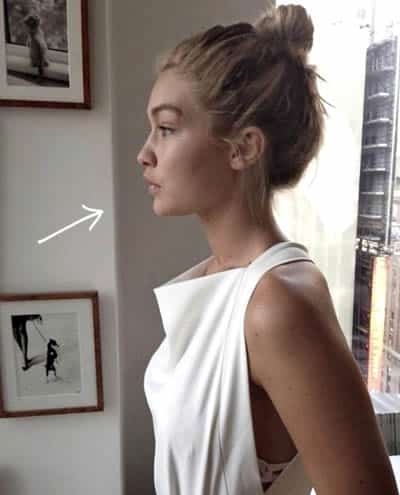 Here is a rare side view picture of Gigi and you can clearly see how unique her face shape is from this angle. What a gorgeous girl. 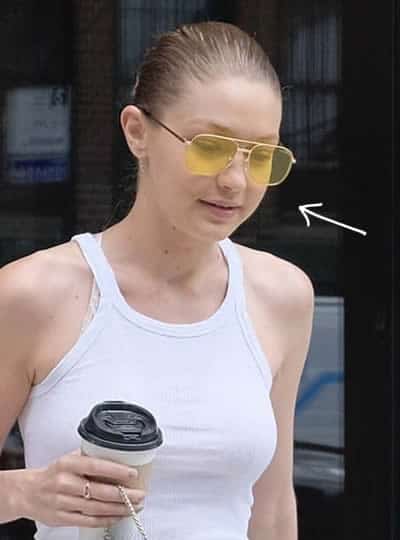 Who needs makeup when you can just snap on a pair of shades. Not just any sunglasses, but one with yellow lenses. Now, why is my focus slowly shifting to the coffee? Yes, I can use one! 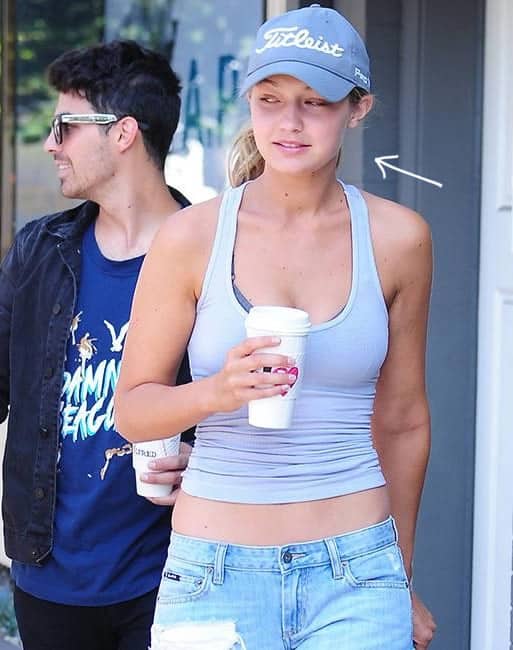 Gigi can be seen here wearing an aqua blue cap, top, and jeans. But my eyes are still staring at her coffee. What is wrong with me? Can somebody buy me one, please? Oh…and is that Joe Jonas behind her? Sorry Joe, almost missed you there. 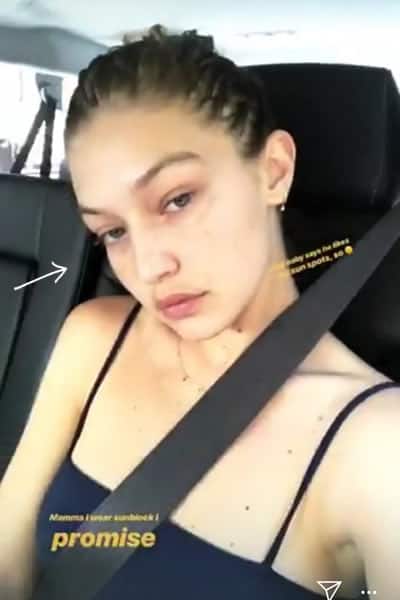 Here is a glimpse of an Instagram story Gigi posted online while she was in her car. Is it just me or does her face look thinner here? 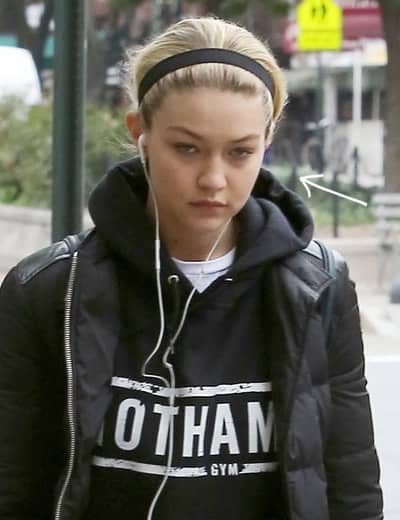 You know that moment when you’re trying to enjoy your favorite music and someone keeps bothering you. Well, seems like Gigi just encountered that moment right here. She is obviously not too happy, but still looks very pretty! 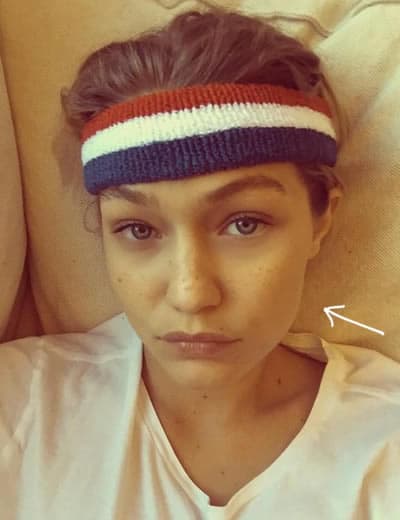 Gigi must be feeling sporty when she posted this picture on her social media accounts. With her unkempt eyebrows and freckles on her skin, this is probably as raw as it gets. Not sure what the head bandana represents but it definitely looks stylish on her. 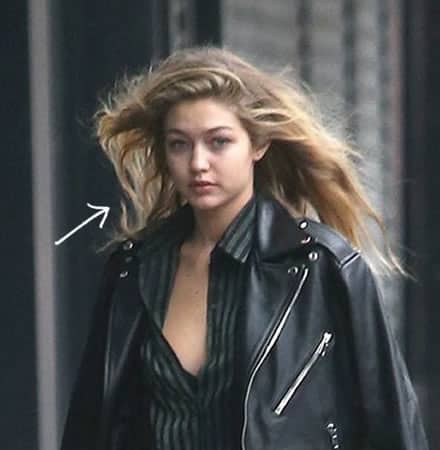 I wonder if this was a deliberate attempt to start a new trend in leather street fashion. If it was, then she definitely nailed it, and without makeup too! 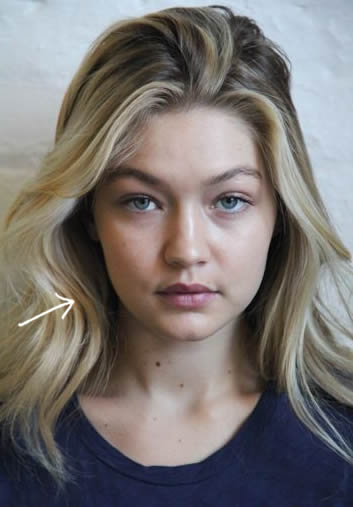 Ok guys, I think I’ve found Gigi Hadid’s mug shot right here. Just kidding, but I bet you the police would love to keep this natural beauty on file. 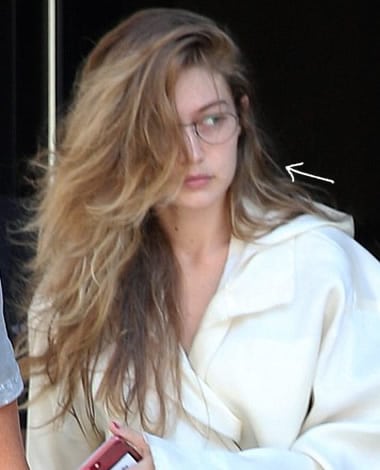 It appears that Gigi didn’t want to be seen by the press. With her long hair hanging down one side of her face and no makeup, she was hoping that no one would recognize her. But dear, nobody gets away from the paps, not in America. 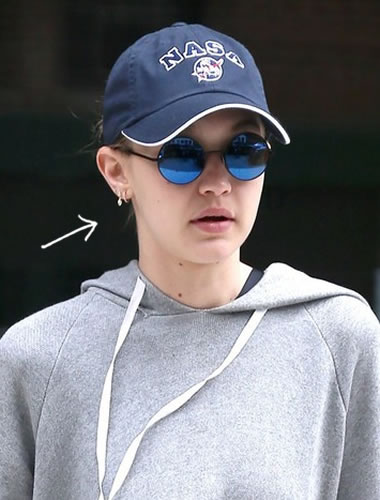 Did I read that wrong or does this baseball cap belong to NASA? With or without makeups, I don’t think any personnel from NASA would mind having Gigi paying them a visit. That includes their secret aliens, too!