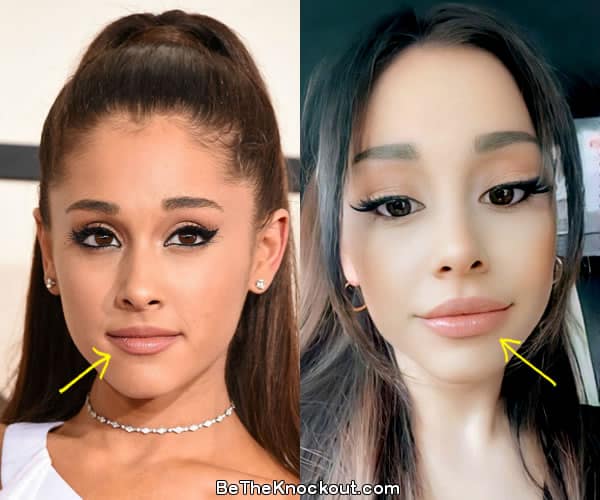 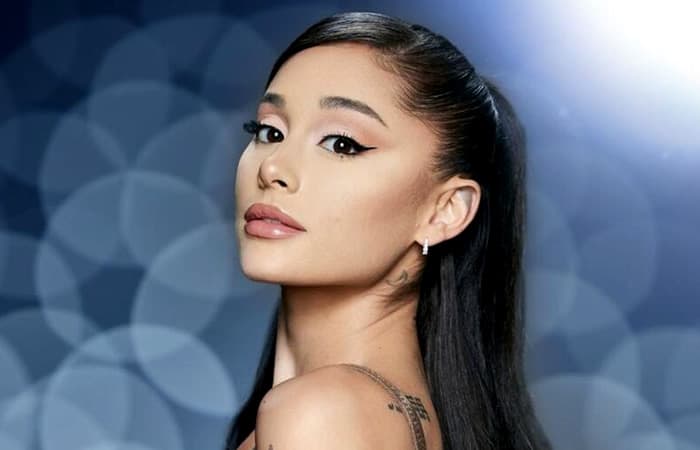 I don’t know about you but I’m suspecting Ariana Grande of having plastic surgery. You can almost see it on her face.

I could be wrong though and that’s why I did this.

Did Ariana Grande have a nose job? 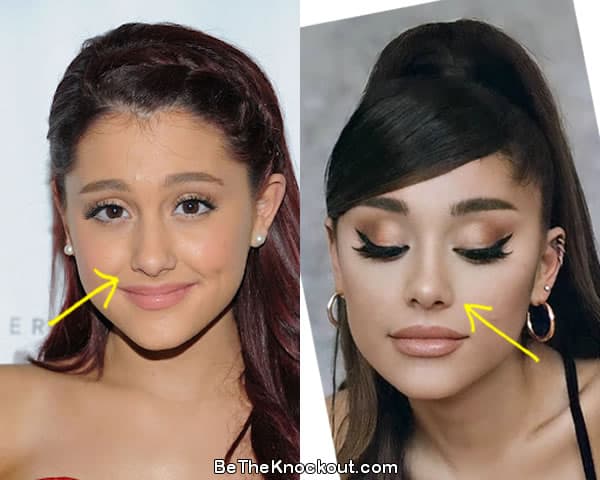 Ariana’s nose looks different but it has nothing to do with a nose job.

This conclusion came after comparing 100s of pictures from all different angles.

If you look closely, her nose tip and bridge are actually quite similar. The only difference is contouring and the fact that the singer has gotten skinnier.

Trust me, I wanted to back her up.

But it’s hard for me to believe that Ariana has never tried a single shot of lip filler.

Yes, she could probably imitate a pouty lip with good makeup but they actually look swollen to me. I’ve seen it a couple of times too.

In saying that, I don’t think she gets lip injections frequently, if at all.

Has Ariana had a boob job? 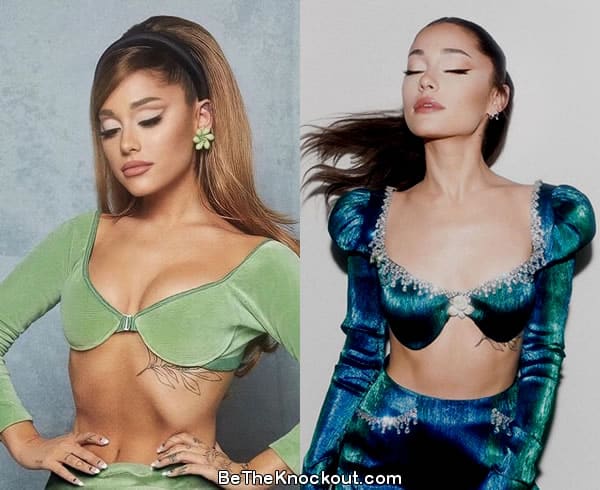 I deliberately chose a bustier Ariana in the “before” picture because I wanted to prove some people wrong.

The singer did not have breast implants and most likely never will.

Her boobs are clearly smaller in the “after” photo and the only explanation is push-up.

Did she have botox injections? 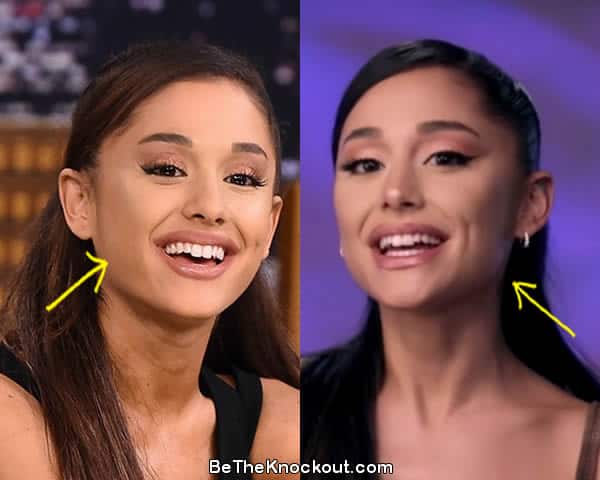 I have been monitoring Ariana’s face closely on ‘The Voice’.

Her facial expressions and laughs look natural to me so I doubt she had botox.

Those laugh lines and dimples prove it too.

What about a brow lift? 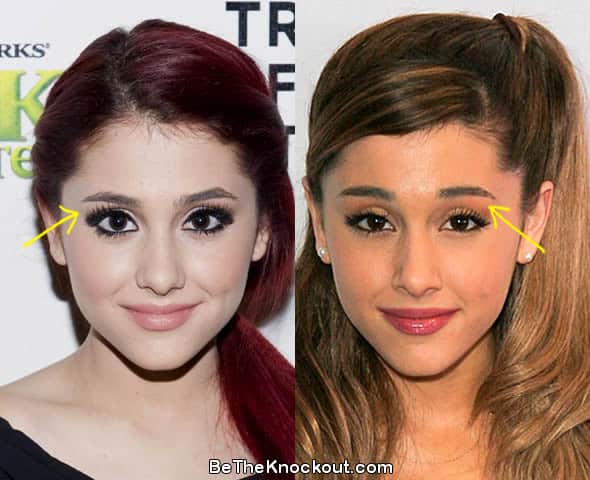 This one was weird.

Before Ariana turned 18, her eyebrows were quite close to her eyelids.

Now, I can’t say whether this is some sort of eyebrow lift but I’m not discounting it either.

There are strange things happening on Ariana’s face that I cannot explain. It could be cosmetic surgery or a natural transformation of her growing up.

I know her body is real, but I’ll leave the rest for you to decide.