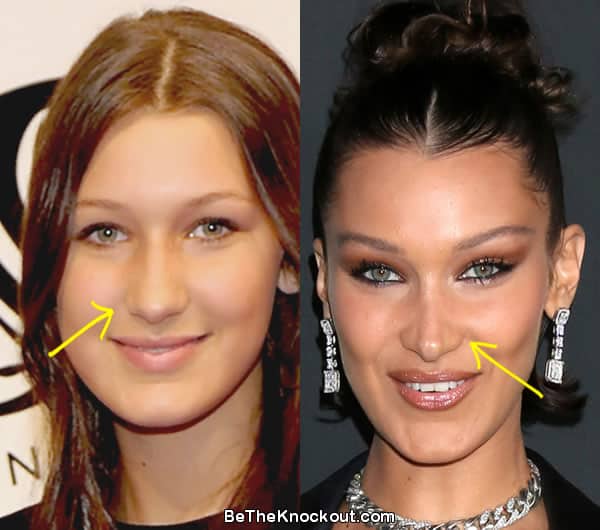 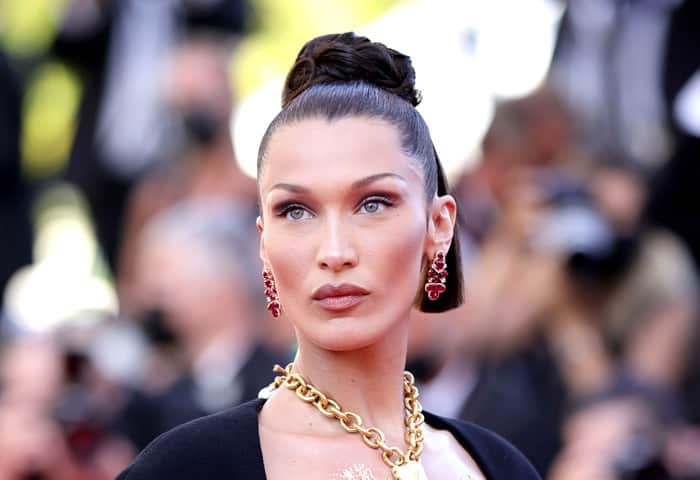 If there is an award show dedicated to celebs with the best plastic surgery, I think Bella Hadid would be nominated.

But, that’s only if she really had “some” work done.

You have no idea how much I have enjoyed doing these comparisons on Bella. Every part of her face and body has been checked.

Has Bella Hadid had a nose job?

Bella looked like a different person when she was younger, thanks to her nose.

Just look how thin her nose tip and bridge have become. These alone were enough to convince me that a nose job might have taken place.

The changes just don’t look natural to me.

Did Bella get a brow lift? 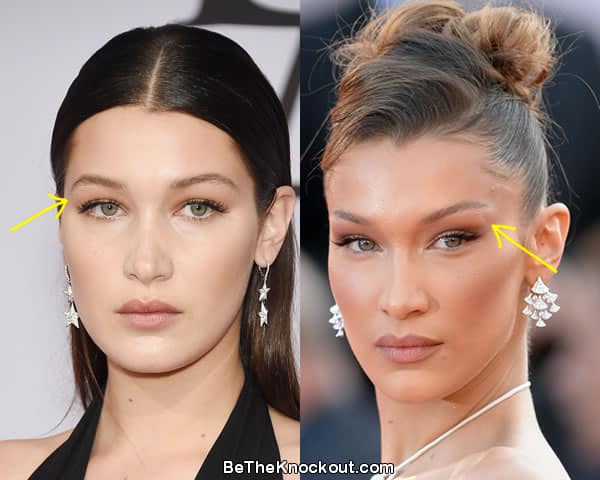 I have my doubts.

Bella’s eye shape looks different here but I think it’s because of the eyebrows.

The ends of her eyebrows are lifted higher and this created her upturned eyes.

Now, a brow lift can certainly do this but let’s not forget, there are fake eyebrows and makeup techniques that can achieve this also.

I couldn’t see anything suspicious.

Both her top and bottom lips look the same so lip injection is clearly not her thing.

What about botox then? 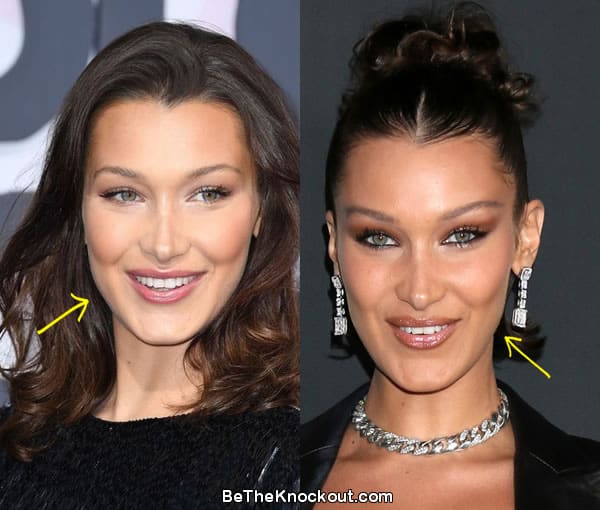 I know Bella’s face can look plastic at times.

But that’s just makeup and how she poses for the camera. She’s a model, remember?

When she smiles, that’s where things can get interesting but botox isn’t one of them.

Did Bella get a facelift? 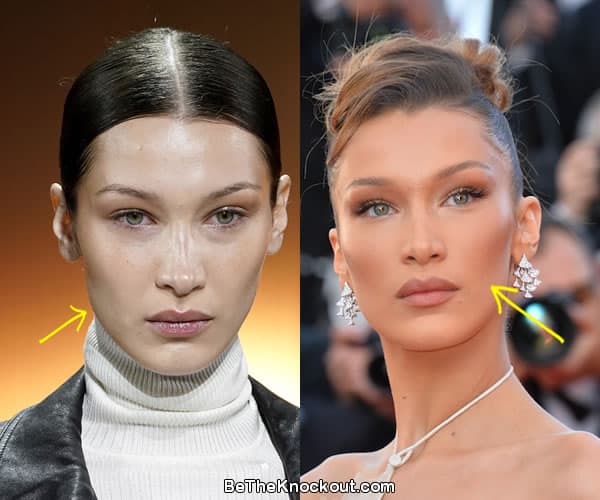 She is too young to even think about a facelift, let alone getting one.

Did she have a boob job 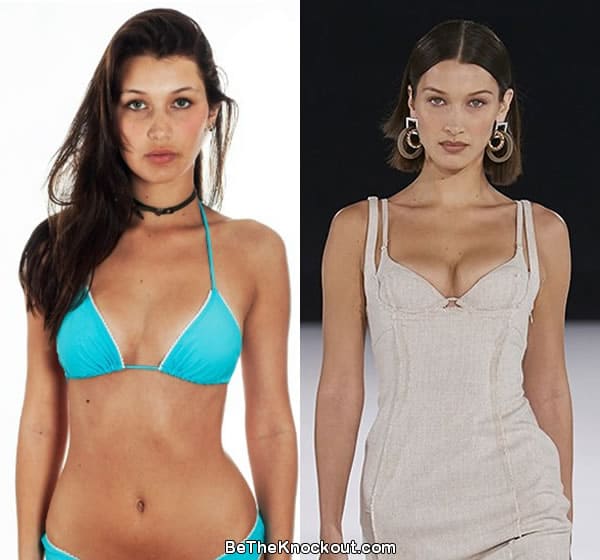 But it’s clearly not breast implants since they get back to normal size the very next day.

Pushup is how models do it sometimes. 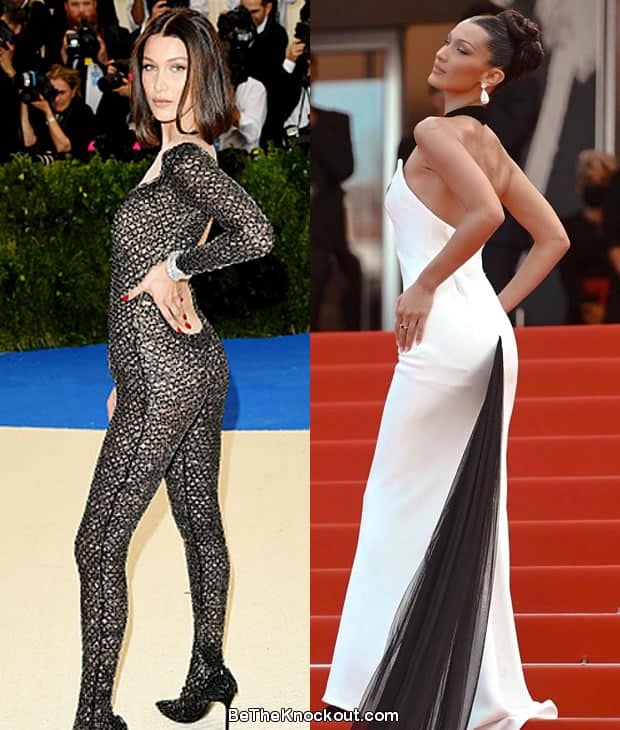 To be honest, I hope Bella never gets a butt lift.

I can’t say with confidence that Bella has never touched cosmetic surgery, but even if she did, it wasn’t a lot.

Let’s just leave it at that.