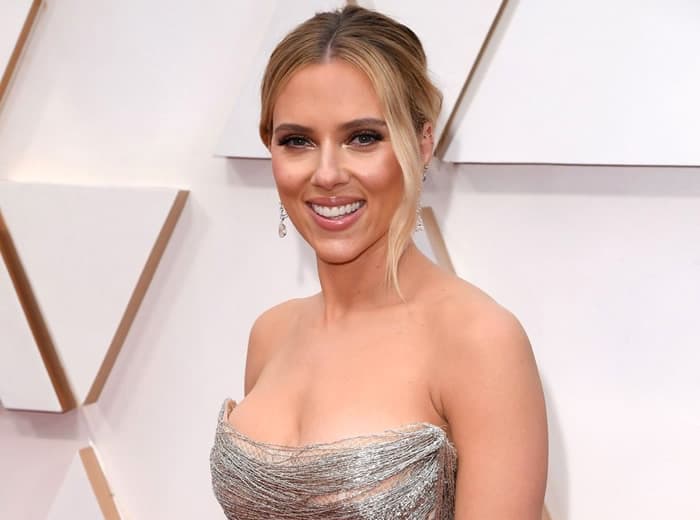 I have a question for Marvel fans.

If a superhero had plastic surgery, who do you think is the most likely?

For me, I’ll pick Black Widow any day of the week! And yes, it has everything to do with Scarlett Johansson and how beautiful she is.

To find out if Scarlett is a natural beauty, I had to go back in time to look for clues. Here’s what I found.

Has Scarlett Johansson had a nose job? 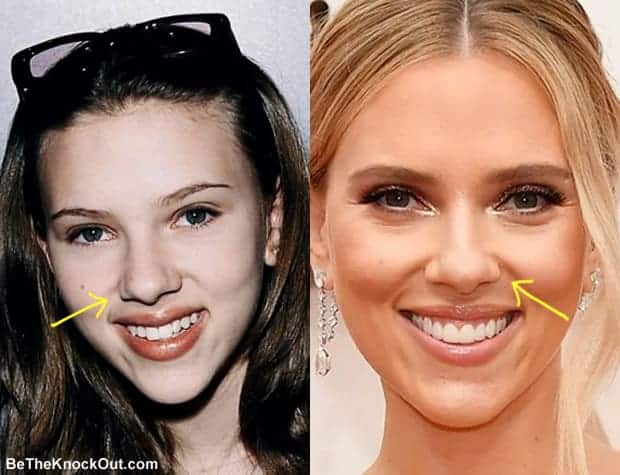 When I first saw Scarlett’s younger pictures, I honestly thought she had her nose done. It just looked so bulky especially the tip.

But after I factored in her facial expressions and camera angles, I realized I was wrong.

If you look at the above comparison, they are both smiling in the photos and her nose shapes actually look quite similar. So, I can’t see any nose job here.

Did Scarlett have botox? 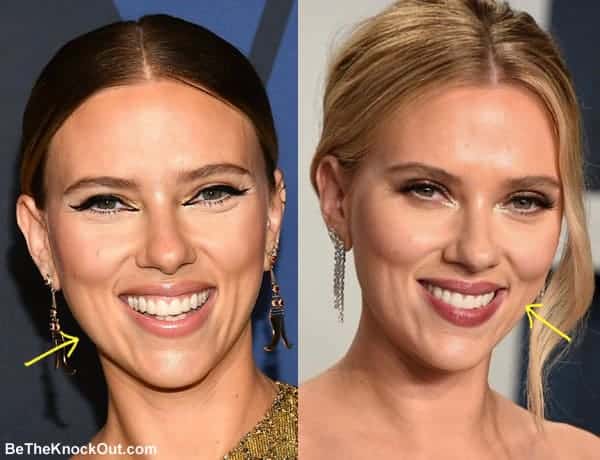 At 35, I think Scarlett is doing quite well in the skincare department.

I can barely see a wrinkle on her face. The forehead looks visibly smooth and there are hardly any crows feet around her eyes.

If it wasn’t for those laugh lines, I wouldn’t even bother doing this. But the truth is, they are still there in the “After” photo and that means no botox to me.

Did Scarlett have a boob job? 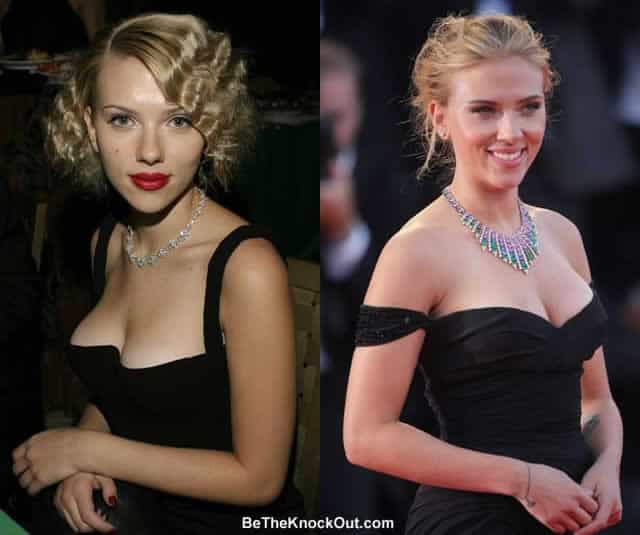 Scarlett has a great body but if you think she had breast implants, think again!

On the left photo, we have Scarlett at just 19 years of age and she already knows how to show off her busty frames in this gorgeous cleavage-baring dress. Years later, in a similar black dress, her breast size remains unchanged.

So yes, I believe her boobs are real.

Did Scarlett get a breast reduction? 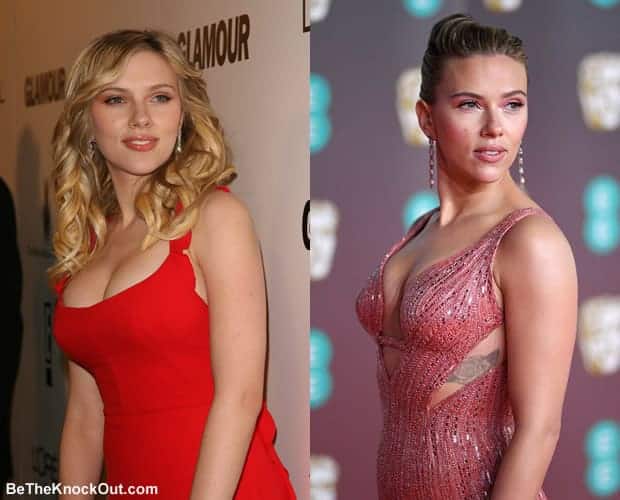 Of course, I had to use this picture from her 2006 red carpet domination. She killed it in this red number and her bust size became the talk of the town.

If you ask me whether her breasts got smaller, I’ll have to say yes. However, I don’t think she had a breast reduction procedure. Scarlett actually gave birth in 2014 and since then, I’ve noticed that her cup size tends to fluctuate.

I don’t know if it had anything to do with breastfeeding but I wouldn’t rule it out.

Has Scarlett had a butt lift? 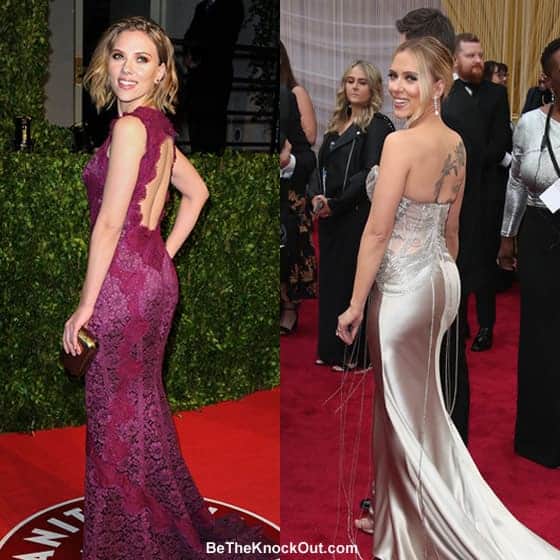 I’ll make this one quick.

Firstly, Scarlett is a white girl so I don’t think she wants a massive butt. It doesn’t suit her.

Secondly, she has a great rear-end already and that hasn’t changed.

All I can think of right now is how lucky this woman is. Not only does she have a naturally pretty face, but a hot body to match it too.

I tried…but cosmetic surgery is apparently not in her book.

Perhaps great beauty comes with great responsibility and that’s where the superpower of the Black Widow really lies. That is, to stay true to yourself. 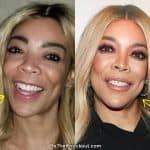 Siena Mason - January 15, 2021
Has she been honest about her plastic surgery? I'm sure this is what fans of The Wendy Williams Show wants to know. On one hand,... 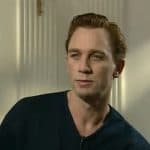 Kass Barrera - January 8, 2022
Not going to lie. I had no idea who Daniel Craig was before he starred in James Bond. That's the truth so I'm curious to... 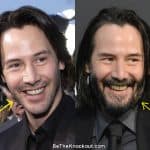 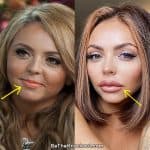 Kass Barrera - October 22, 2021
Just because Jesy Nelson left Little Mix, it doesn't mean I haven't been watching her. In fact, it has been the exact opposite. I have...