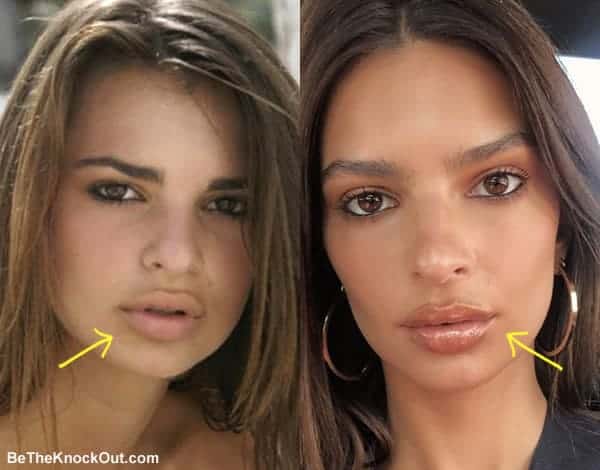 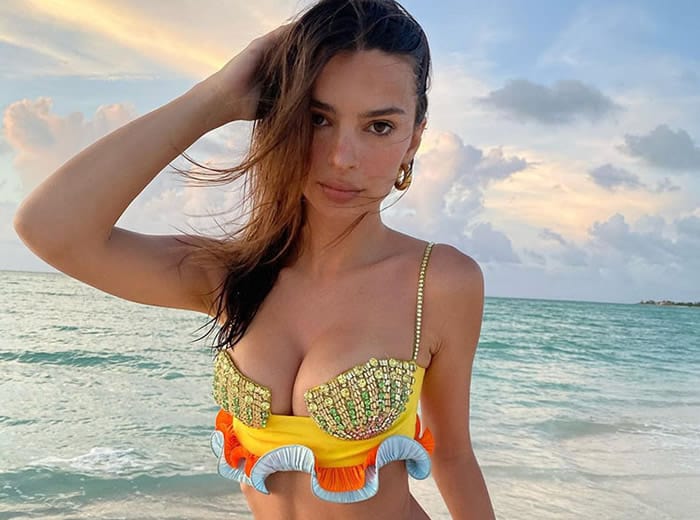 Yes, Emily Ratajkwoski is a babe.

If you want to dispute that, go and tell her 20+ million followers.

I’d rather find out whether the model had plastic surgery instead. I mean…Emily’s body looks unreal. It’s almost illegal to look that good on camera.

Agree? I thought so.

If I told you I have never questioned Emily’s face and body, I’ll be straight out lying. Now since I’m honest, here we go.

Did Emily Ratajkowski get botox? 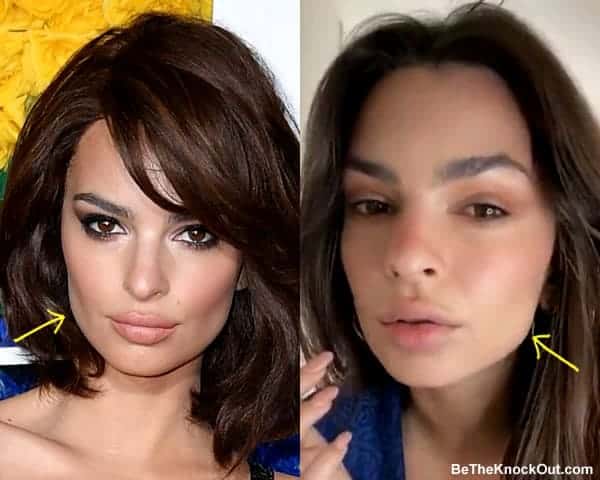 I totally get it.

The model hardly has a wrinkle on her.

I’m sure she spends thousands of dollars on beauty stuff too, but botox isn’t one of them. She’s still too young to go down that path.

The reason why her face looks bloated here is most likely due to some kind of laser skin treatment.

Has Emily had a nose job? 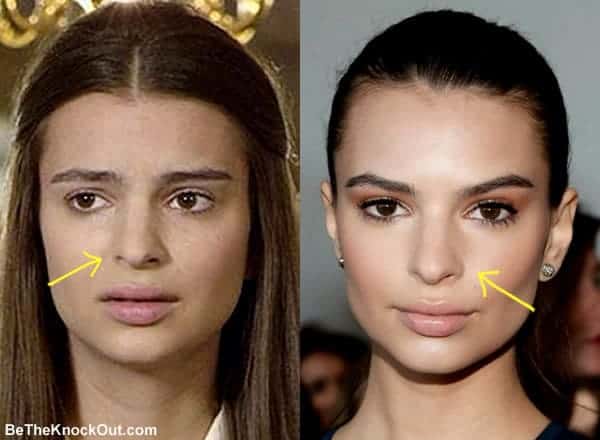 Let’s get one thing straight.

Just because someone has a nice nose, it doesn’t always mean that person has had a nose job, okay?

This picture proves it!

Did Emily get lip injections?

Every time EmRata posts a close-up selfie online, someone will comment that she’s had her lips done.

I mean…yes, her lips do look incredibly plump and it took me a while to convince myself that they are not fake. Or until I compared these images anyway. 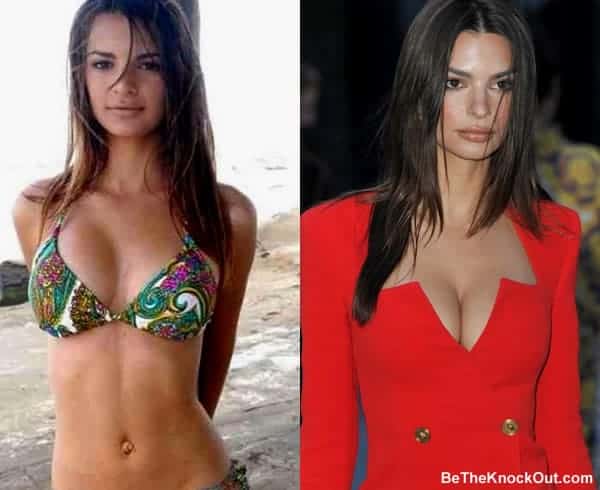 If I had a dollar every time someone asks this question, I will be very rich!

Yes, Emily has large boobs but they are not breast implants!

Let’s ignore the fact that she’s already posted pictures of herself at 12 and 14 years old as proof, both of which have attracted racy comments by the way. I have gone even further and compared them for you right here.

I hope this will put the rumors to bed.

Okay, I’m probably as shocked as you are right now.

There is simply no evidence to suggest that Emily Ratajkowski has had any form of cosmetic surgery. Not even a tiny bit. She is a natural beauty from head to toe.

Don’t take my words for it. These pictures don’t lie.