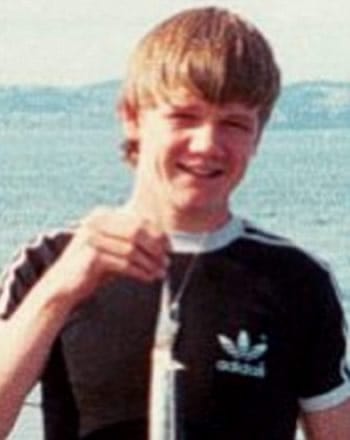 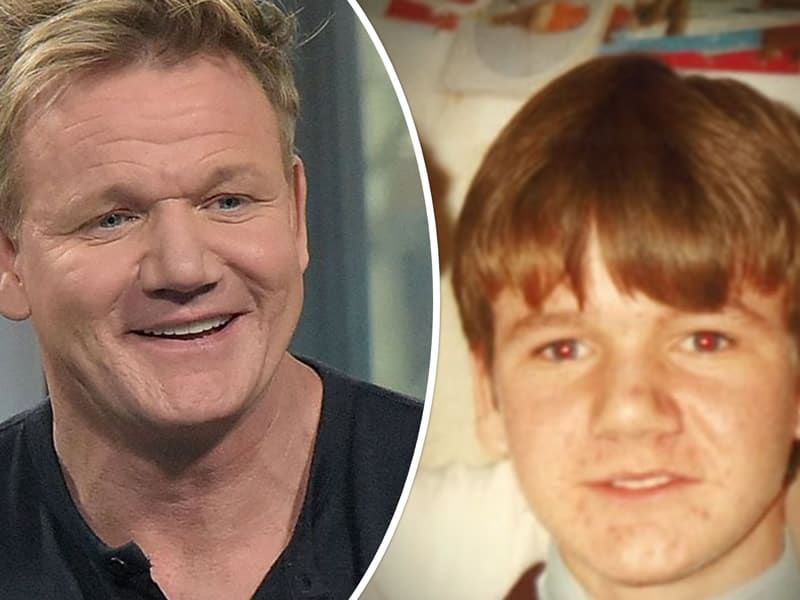 But have you ever wondered what young Gordon Ramsay looks like before he became a world-known celebrity chef?

The fiery man behind all the constant yelling and shouting in the kitchen was once just a young boy with big dreams. If you had to dig deeper, like I did, you’ll realize that being a chef actually wasn’t in his original plans.

He wanted to be a professional football player. Yes, he did.

And if I’m honest, he wasn’t bad looking either during his youth days, so God knows what happened ever since he stepped foot inside that kitchen.

Who would have thought that this good looking 4-year-old kid is Gordon Ramsay? Born in Scotland and raised in England, his childhood days wasn’t as glamorous as many people thought. In fact, he describes his early life as hopelessly itinerant as he never had a stable home as a child.

Got to love his big blue eyes and bob style fringes though.

Did young Gordon’s hair somehow changed to orange or has this picture been altered with some filtered effects. We think it’s the latter. Good to see he kept his bob haircut though and those freckles on his nose look really cute on him.

There is a pinch of innocence in the eyes of young Gordon. Ditching his apple cut for a shorter hairstyle, you can see why I said he was handsome.

When Gordon puts his heart into something, he gives his all and doesn’t hold back. This applies to not only cooking but also soccer (or football as they like to call it in Britain). This picture was taken during his younger days when he was playing the sport he loves. Just look at the mud on his face and body, he really gave his all.

Here is a rare photo of Gordon as a teenager. Judging by the pimples on his face, you can tell that he was experiencing a hormone change as he reached puberty. His facial features were also beginning to settle showing glimpses of his older self.

This was a time when young teen Gordon enjoyed a fishing trip and looks like he caught something nice too. I can’t exactly make out what he caught. Is it a fish or a squid? Whatever it was, you’d have to wonder how he likes his seafood back then.

Although Gordon has always had an undiscovered passion for food, it wasn’t his primary focus. He still managed to get his first chef hat and uniform as he happily posed for this picture. You can also see that he really liked it, he just didn’t know it….yet!

8. Look at this dream boat!

When Ramsay posted this gorgeous throwback picture online, many fans couldn’t believe how much of a hottie he was.

One follower even commented…”OMG look at this dream boat”.

9. Playing for the Rangers

As a die-hard supporter of the Rangers ever since he was a child, it has always been a dream of his to play in their professional squad. Unfortunately, his football career was cut short following a serious knee injury. At least, he still made it into their trial squad as evident by this photo. Not bad Gordon!

It’s not often we get to see the Ramsay family taking a photo together. Here you’ll find:

…and of course, the young Gordon Ramsay Junior himself.

After tearing the cartilage and cruciate ligament in his knee, 19-year-old Gordon realized that his football days were over. That’s when he became really serious about cooking and focused on his culinary studies. You can almost sense how happy he was judging by the big smile on his face. Food is definitely another passion of his.

Since devoting his life to cooking, Gordon has learned from many big names including Marco Pierre White and Albert Roux, as seen in this picture. He was such a fine-looking man back then and in case you haven’t noticed, he always seems to have a grin on him.

Perhaps the stress of running his own restaurants and being on TV has taken a toll on him. Since 1998, Gordon Ramsay has become the most feared and hot-tempered TV chef in both Britain and America. This was a scene of the devil himself from his very first television show, boiling point, and I guess the rest is pretty much history.

To be fair, he is (or looks) a lot more gentle these days.