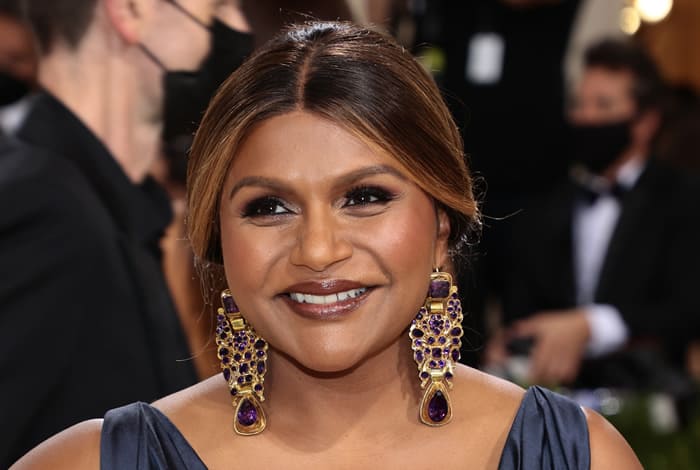 Mindy Kaling is not the babe type with an Instagram face and body. However, I’ve noticed that she has hardly aged at all. To be fair, this woman is 42 but she looks 30.

For this reason, I believe she may have gotten plastic surgery.

That’s why I’m doing this.

It didn’t take me long to put these together and I must admit, whatever Mindy has been doing to combat aging has been quite impressive.

See it for yourself.

Did Mindy Kaling have botox? 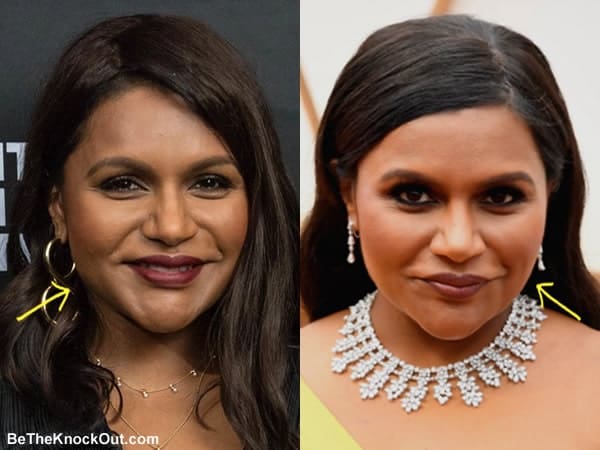 Sure, there are rarely any wrinkles on Mindy’s face and the most you’ll probably see are her natural laugh lines. However, I put that down to good skincare.

In fact, Mindy takes care of her skin extremely well. So I don’t think she needs botox at this stage.

Also, I believe the Indian genes have helped too.

Has Mindy had lip injections? 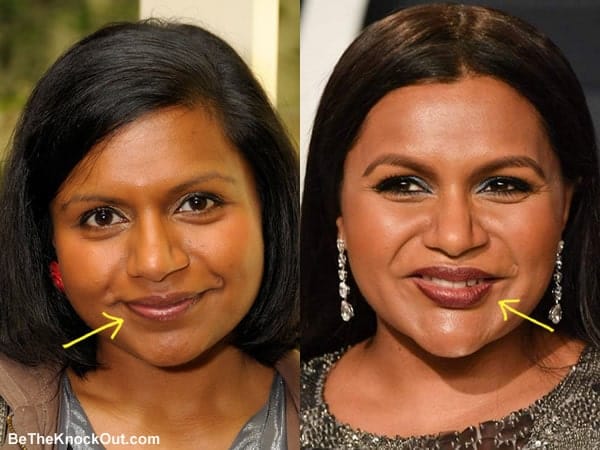 Mindy never had thin lips to begin with and no matter how hard I’ve tried, I can’t see any differences here.

If I had to guess, she’s only getting better with her lip liner and lip plumper skills. This is what’s probably been giving people a false sense of lip injections. That’s all.

Did Mindy have a nose job? 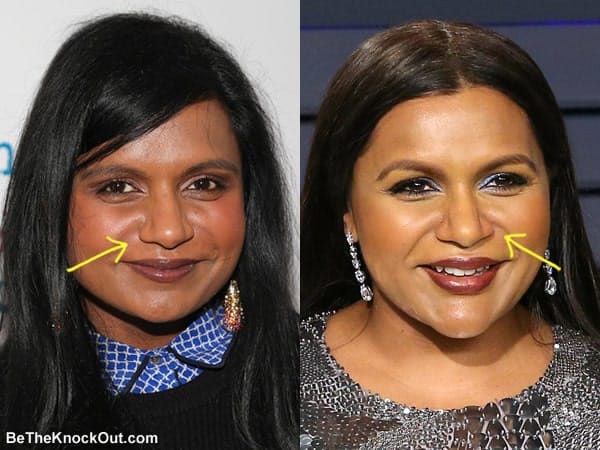 Everything about her nose looks identical here, whether it is the shape, size, or volume. If a nose job ever took place, I think she needs to ask for a refund.

No, she didn’t have one.

Did Mindy get a boob job? 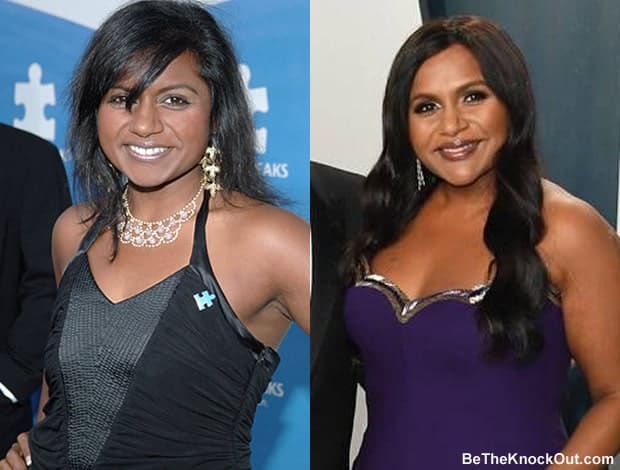 This was another easy one.

Mindy never had large boobs to begin with and it kind of stayed that way over the years, although she has put on some extra weight. So there is no way she had breast implants as far as I can tell.

Even if her breasts did get bigger, I will put that down to the weight gain only. Nothing else.

All the rumors about Mindy going under the knife turned out to be false after all, at least from my perspective. I couldn’t see enough evidence to back up those claims.

I’m also happy to clear up the air here because Mindy is a beautiful woman in her own natural way and it’ll be a shame to lose that.

14 Rare Ariana Grande No Makeup Pictures Are Too Pretty

Kass Barrera - July 30, 2021
Correct me if I'm wrong. But does Ariana Grande sleep with her eyelashes on? Seriously, trying to find a picture of her without makeup is... 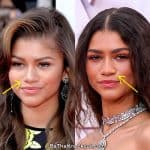 Siena Mason - September 25, 2021
Let me tell you a little secret. Before I saw Zendaya in the movies, I thought she was a supermodel. Yes, that's how freakin' gorgeous...