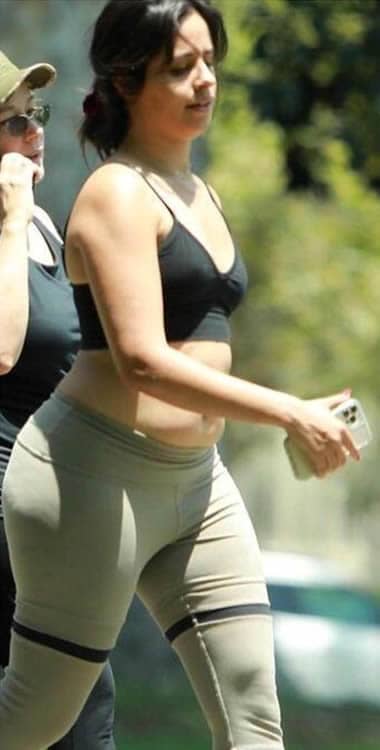 It’s not a secret.

Camila Cabello has the type of body that can get fat quite easily.

But the cool thing is, she’s fine with it.

Now, that’s my idol right there!

Her slightly fat belly was exposed (Oh What??)

During an episode on ‘The Late Show with James Corden’, Camila talked about how she was photographed and body-shamed for having her stomach out in the park.

I believe she was talking about this one.

“I had my belly out, I didn’t know anybody was taking pictures of me”

To be honest, it didn’t look that bad to me but it triggered some anxiety in the 24-year-old singer, which is understandable.

“I was like, you know what, this is normal”

She decided NOT to let this fat-shaming episode get the better of her.

“It’s like, my weight is gonna go up and down.”

She also found it outrages that all women should look like Instagram models. It’s not normal as far as she was concerned.

“Also, we have these crazy beauty standards from freaking Instagram of people that are photoshopped or if they’re not photoshopped. It’s not every woman’s body and I was just like, you know let me get on TikTok and just talk about this.

That’s exactly what she did…

i luv my body

During the rant which has since gone viral, Camila said:

“I was just running in the park, minding my own business, trying to be fit, trying to keep it healthy and I’m wearing a top that shows my belly and I wasn’t tucking it in ’cause I was running and existing like a normal person that doesn’t tuck it in all the time.”

And then the enlightened moment…

“But then I reminded myself that being at war with your body is so last season. I am grateful for this body that lets me do what I need to do.”

She also had a message for every woman out there.

“We are real women with curves and cellulite and stretchmarks…..and FAT! And we gotta own that, baby.

Of course, knowing Cabello she will finish off with some singing.

“Giving Him Something He Can Feel…♪♪♪”

There you go, Shawn.