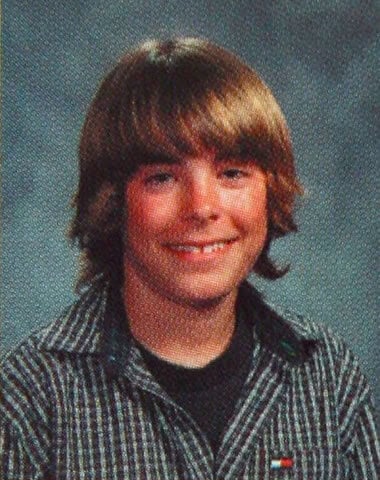 It’s no secret that Zac Efron is a cutie but was he like this growing up?

Sometimes, we forget how far he has come from his High School Musical days. And even before he became famous on the Disney channel.

Let me remind you what he was like at a young age.

Did Zac have a dream of becoming Superman one day?

Well, he certainly achieved the super baby vibe with this blue and red outfit.

You can usually tell if a kid will grow up with a great personality. Looking at this cheeky fella is, I’d say he’s got one.

Like most young kids, little Zac couldn’t keep his dummy out of his mouth. He loves chewing on it on the street too.

OMG, look at those curly blondes!

It’s hard to imagine that Zac looked like a doll when he was a toddler.

Yes, Zac is an active junkie…even when he was young.

Here is a picture of him abseiling as a kid and it showed how active he was during his childhood.

By the way, I love the mushroom haircut (No, actually, I don’t).

It’s no secret that Zac shares a special bond with his younger brother and he’s never afraid to show it online.

Zac grew up watching baseball. His father would take him and his brother to watch the San Francisco Giants play live games, which is a 6-hour drive away.

8. Skateboarding is his thing

Good to see that he was wearing a helmet. Safety first!

Now, I know why the actor has good lungs.

Here is a yearbook photo of Zac in black and white.

Not sure if it’s the color, but he looks different with that short spiky hair.

Remember that young boy who always wanted to hang out in your group?

Here is a real picture of Zac during his high school days and he looks just as charming as the character in his hit movie, High School Musical.

Nobody is perfect and young Zac also had flaws.

His front teeth gap was affecting his beautiful smile.

Ever since Zac fixed his teeth gap around 17 years old, he owned one of the most gorgeous smiles in the business.

Zac was an absolute heartthrob in his early 20s. In fact, he was probably the most handsome actor within his age group.

Don’t take my word for it, just look at that face!

If you think Zac is more than just a pretty face, you are absolutely right!

He is no longer a young kid here, but a fully grown man with a hot body. Check out those muscles and abs!