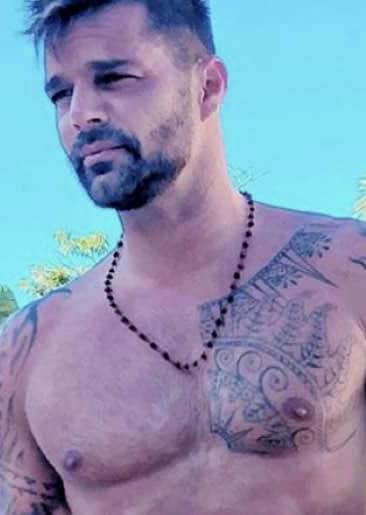 For someone who is so well-groomed, you’d think that his body is ink-free.

But Ricky Martin actually has a total number of 7 tattoos, each covering different parts of his spectacular body.

1. Our Lord’s Prayer Written In Aramaic 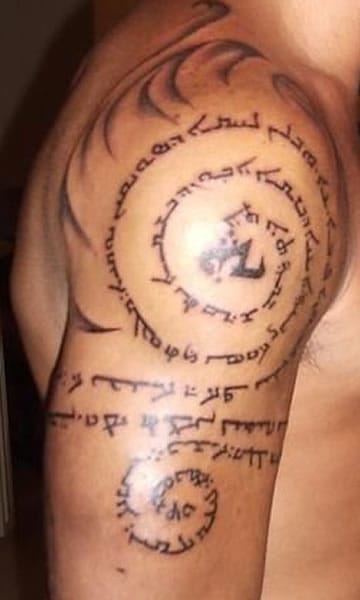 On his right upper arm, you’ll see Our Lord’s Prayer written in Assyrian, which is an Aramaic language. It covers his deltoid, bicep, and tricep muscles.

I really like how the words are spread and positioned into 2 main spiral patterns. These letters are wrapping nicely around his arm.

2. Woman Inside Four Elements of Nature 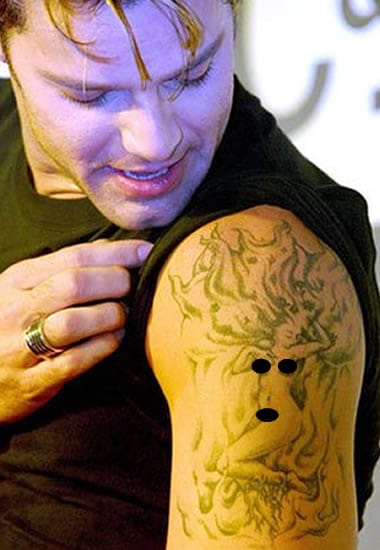 This design features a naked woman surrounded by the four elements of nature: air, water, fire and earth. 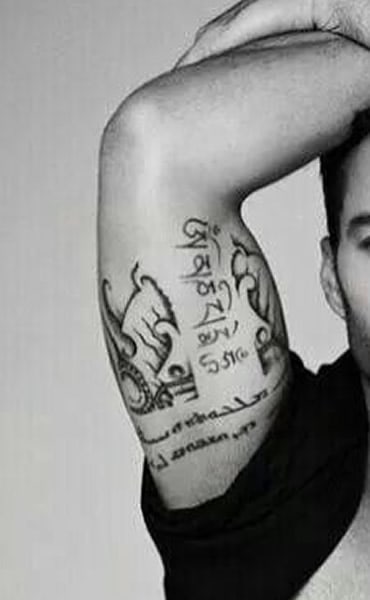 Unfortunately, nobody knows the meaning of this tattoo. Ricky hasn’t mentioned anything in public, but I have a feeling that it is connected to the first one. 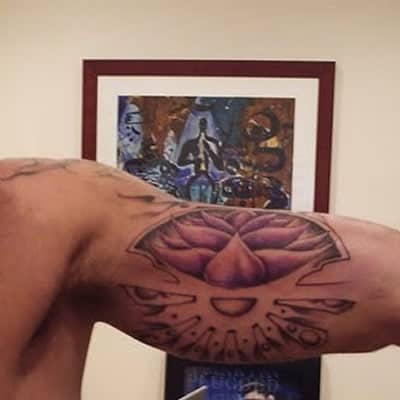 On his left inner arm, you’ll see a lotus flower.

It is a symbol of purity, enlightenment, self-regeneration, and rebirth.

There is a tribal tattoo on Ricky’s chest and it can have a different meaning depending on the wearer’s background and heritage. It is usually a symbol of power, strength, protection and achievement.

6. Rose wrapped around a sword 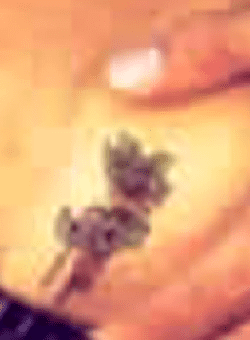 Apologies for the quality, but I was trying to zoom in to get a closer look. According to several sources, this was meant to be a small rose wrapped around a sword.

It is located on his pelvis area and is apparently his first tattoo. 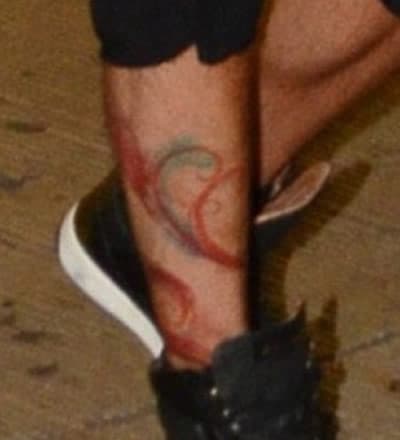 This is one of Ricky’s latest tattoos and I don’t think there is actually a meaning to it. The design looks really good though.