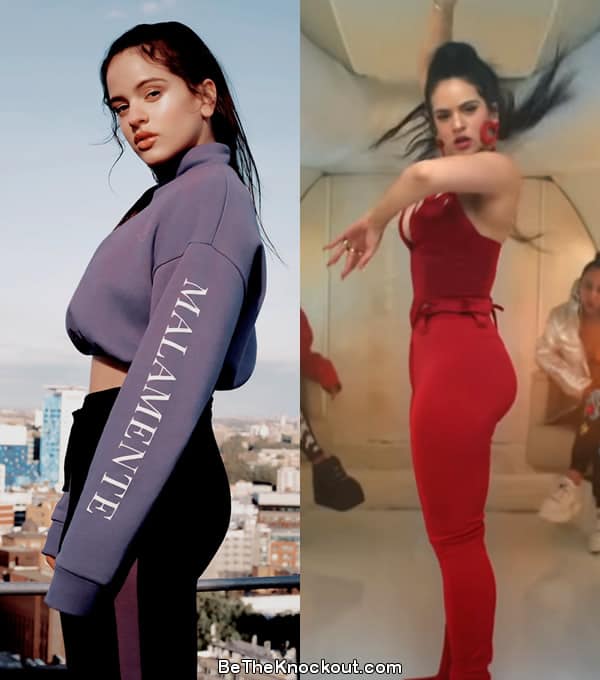 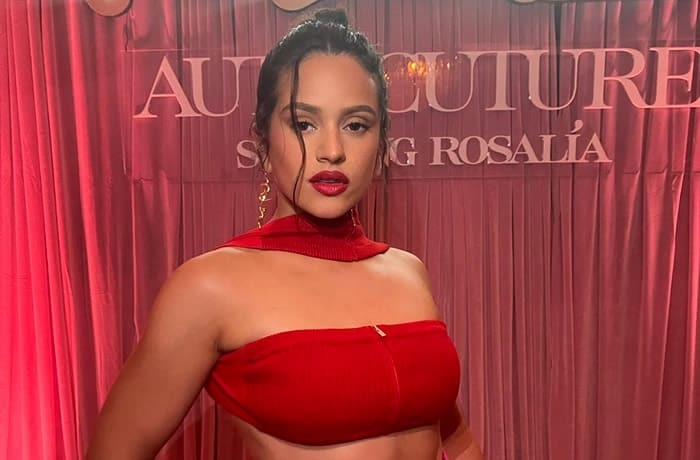 I don’t need to tell you that Rosalia is one of the hottest Spanish singers today.

What I can probably tell you though is whether she’s had plastic surgery or not.

That’s the whole point of me making these comparisons.

Let’s have a look.

Has Rosalia Vila had a nose job? 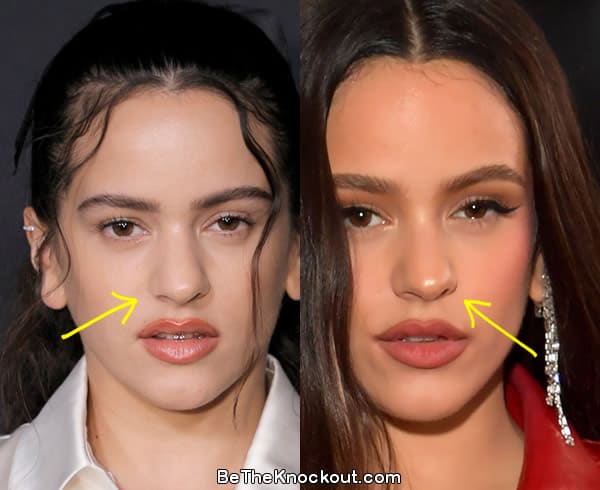 I have checked Rosalia’s younger photos and I can’t see any changes to her nose.

So, I don’t think she had a nose job.

Did Rosalia have lip injections? 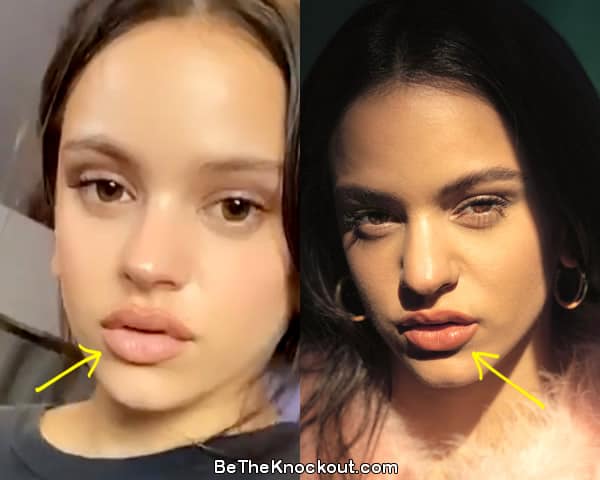 As you can see here, the singer has naturally pouty lips.

She doesn’t need lip fillers and what you have been seeing online is most likely makeup only. Nothing else. 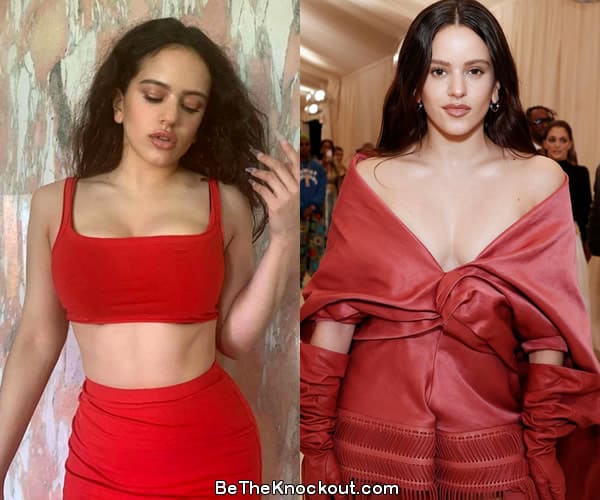 I can see why some people would suggest that Rosalia has had breast implants.

This girl has an amazing body! This is especially evident when she puts on push up clothings, or not.

So I think her boobs are real.

What about a Brazilian butt lift?

I saw some pictures of Rosalia with bigger buttocks but since I cannot confirm if they were photoshopped, I’ve decided not to use them.

Otherwise, her butt size looks normal to me and is in proportion with the rest of her body.

I don’t think the singer had a BBL.

There is nothing fake on her, people.

While I had my doubts, the above comparisons have convinced me that Rosalia Vila did not have cosmetic procedures. She is just naturally gorgeous!