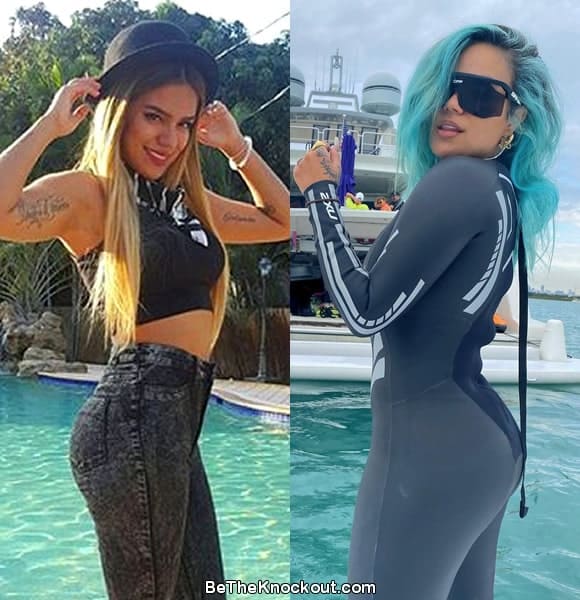 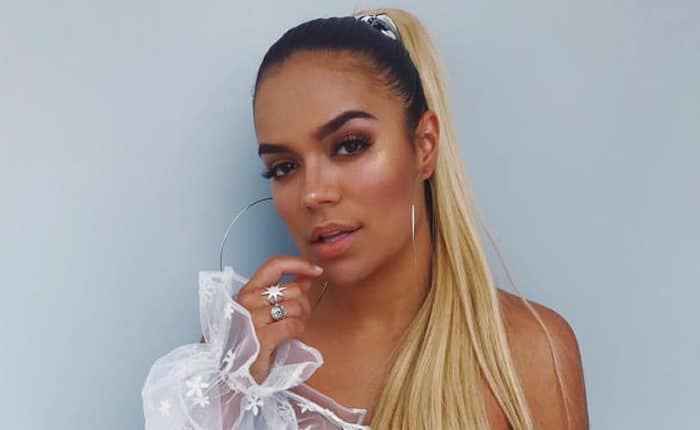 I wanted to know if plastic surgery is the reason why I kept watching her. She is one of the hottest Columbian singers ever and she has admitted to having a procedure.

I’ll tell you which one below.

But first, let us do a few other comparisons.

Did Karol G have a nose job?

Sometimes, I find that Karol G’s nose looks a lot sharper than it normally is so I just wanted to check here first.

As you can see from the above comparison, her nose tip looks more pointy than before. Other than that, they are very similar. So if she did have a nose job then it would have been a minor one.

You can actually see the shading used around the edges of her nose bridge so I think this created the thinner and pointier effect. I’m tipping makeup for this one.

Did Karol G get lip injections? 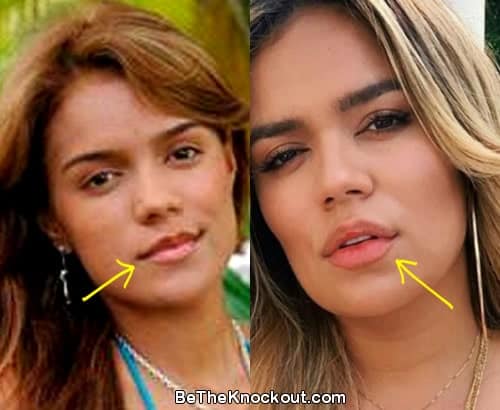 Sorry about the picture quality but this was the best one I could find.

You can see how thick Karol G’s lips were and her overall mouth shape hasn’t changed much either, especially on the edges.

So, I’m tipping “No Fillers” here.

Has Karol G had a boob job? 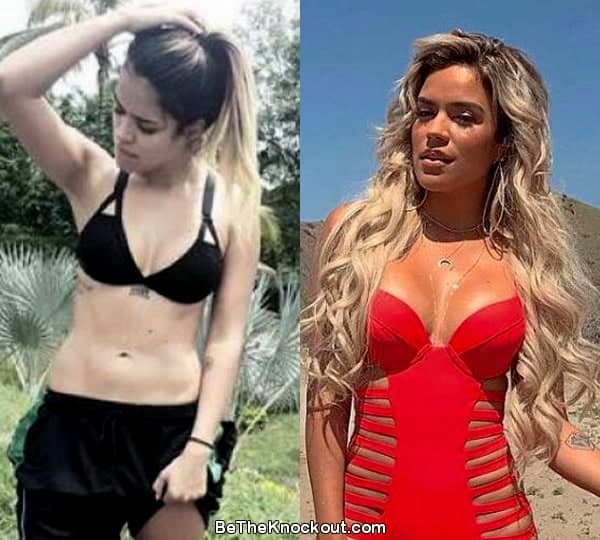 This was the procedure that Karol G has openly admitted in public.

Yes, it was actually way before her career took off. Interesting, huh?

Did Karol G get a butt lift?

Karol G’s butt does look bigger here in the “after” photo but so does her thighs.

Therefore, I don’t think she’s gotten a butt lift. The girl has just been enjoying life and put on a few pounds. That’s all.

I believe Karol G has been honest about her appearance.

I couldn’t see any evidence of cosmetic surgery on her face and she has already come clean about her breasts, which were actually done a long time ago.

Now, I can finally conclude that it is her music that’s kept me watching. Go, girl!