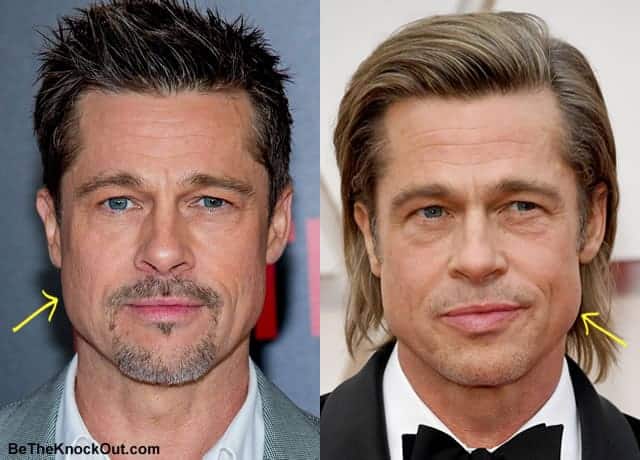 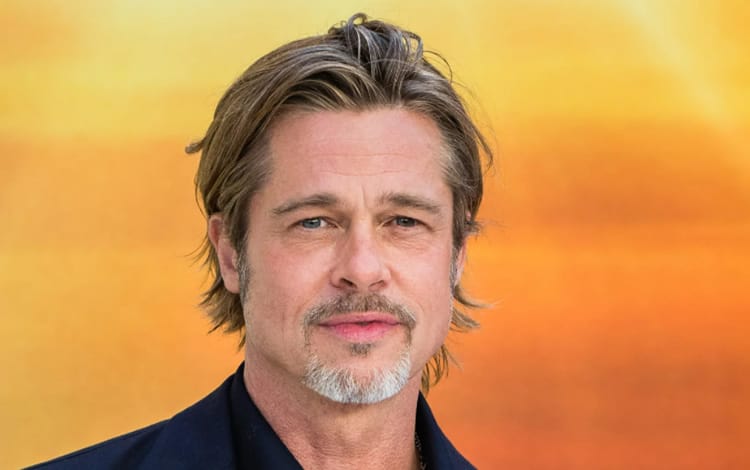 I’m just going to say it.

Yes, Brad Pitt is my dream man and I love him even till this day. But if you ask me whether plastic surgery is his thing, I believe the chance is high.

This guy is simply too handsome to be a natural charmer…but I could be wrong.

So for his sake, and mine, I’m going ALL-IN with this one.

I don’t care if Brad is 56 or 80 because looking back at his earlier photos has been nothing short of amazing. Check it out.

Did Brad Pitt get a facelift?

Brad is looking a lot older than I expected, especially in 2020. The wrinkles on his forehead are becoming more prominent and don’t even get me started on his eyebags. Those fine lines and loose skins are not helping one bit.

The aging signs are clearly showing on his face and that’s just the reality. There is no way anyone can tell me he’s getting any younger. Please don’t even try!

I’m very confident to say that Brad did not have a facelift, at least for now.

Did Brad have botox? 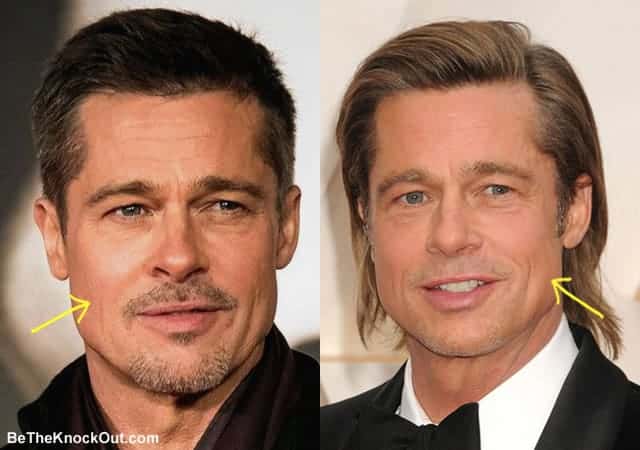 Maybe I’m being a bit extreme here but from what I can see, Brad’s facial skin is losing tightness and elasticity. His entire face just looks dry to me.

I couldn’t see the smoothness that usually comes with botox fillers and there is less volume in the cheeks too.

Has Brad had a nose job? 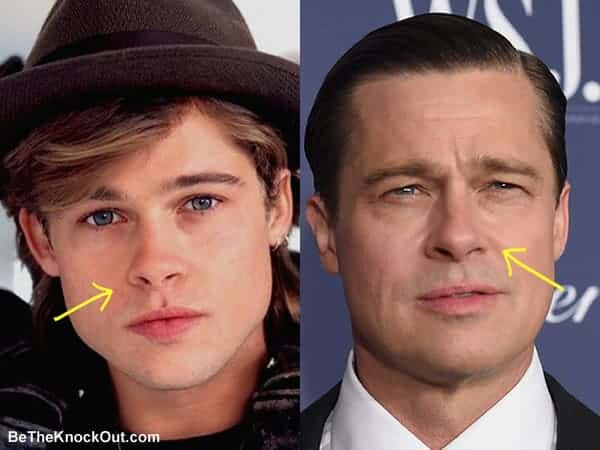 These photos were obviously taken years apart but despite the age differences, both nose shape and size look very similar to me.

So, I think this is nothing but a rumor only.

Did Brad have jaw surgery? 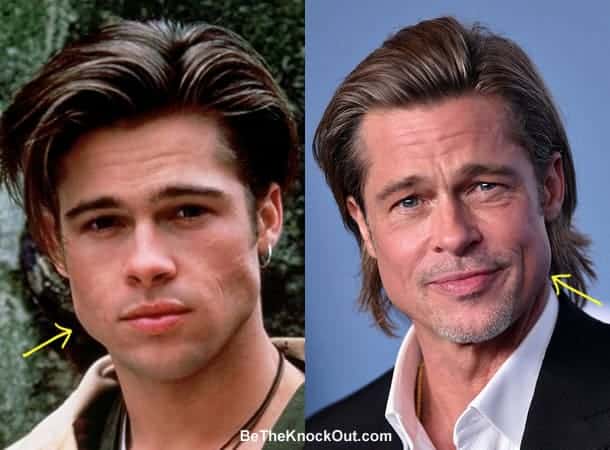 I’m so glad I compared this one because Brad’s jawline has always been a mystery to me.

As a young man, he already had wide jawbones and I think that’s what made him so unique and good looking.

But sometimes, his entire face shape would look slimmer than usual so I was almost certain he had a reduction procedure done….until today!

Yes, I finally realized it’s his hairstyle that’s been giving me the wrong impressions. Check out his short hair looks and you will see what I mean.

Before I started this post, I honestly thought that Brad would at least have a chiseled jaw but he actually never had any work done before. Nothing big or small.

The star appears to be embracing his age and is prepared to let nature take its course.