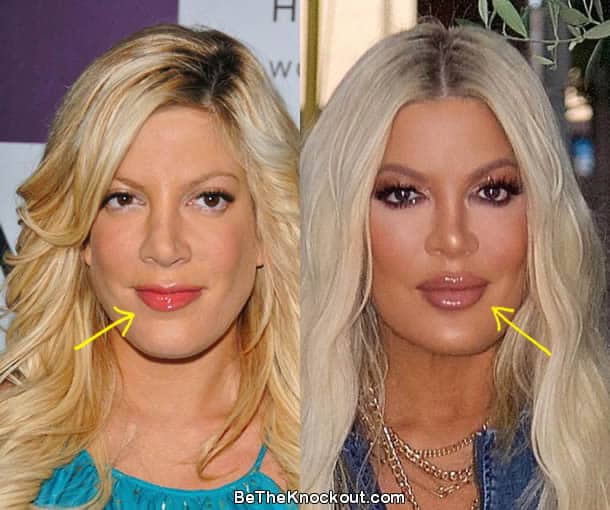 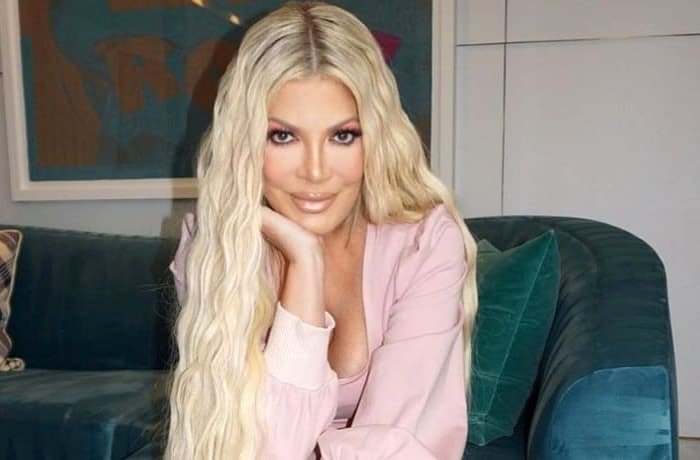 People change, but the transformation that’s been happening with Tori Spelling seems to be rather unnatural.

There is something going on with this Beverly Hills 90210 babe. Oh yeah…but I’ll need to do some comparisons on Tori to find out.

Has Tori Spelling had a nose job?

If you asked me last year whether Tori had her nose done, I’d say no.

But NOT this year!

Yes, her nose shape looks slightly altered, as you can see from the above photos. Her nose bridge looks thinner and the tip looks more refined too.

So, I’m guessing a nose job might have taken place.

Did Tori have lip fillers?

No, this is not Khloe Kardashian.

Although I don’t blame you for mistaken Tori with her. Their lips look almost identical.

Now I’m not sure whether any of them has had lip fillers but let’s just say I wouldn’t be surprised if they did.

You get the point. 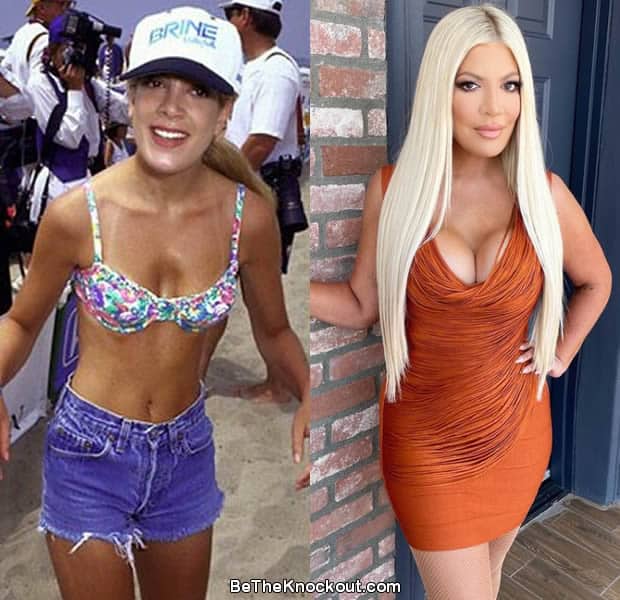 The signs are there.

Tori clearly has a bigger bust size than her younger self. Although she is thinner back then, her cleavage seems to be suggesting that she had breast implants.

Unlike push-ups, her boobs is at least a few cup size larger. So, I don’t think a boob job is out of the question.

Did Tori get a facelift? 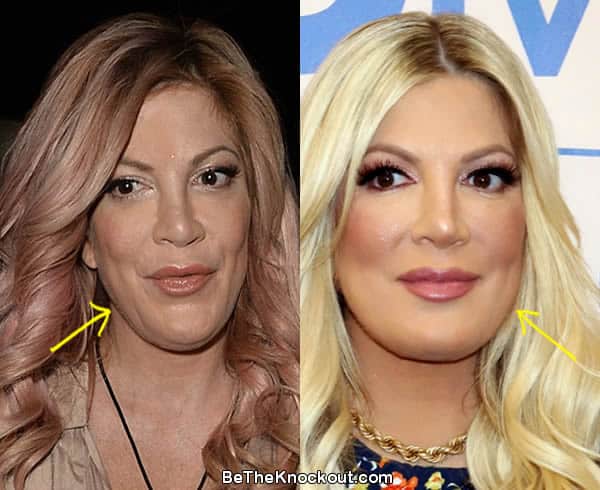 Tori’s face does look smoother these days and I believe makeup has a lot to do with it. I just don’t think she’s at an age where she needs a facelift, at least not yet.

However, I’m not so sure about botox.

I have a feeling that she might be using facial injections but who doesn’t nowadays?

Tori looks different. I give you that.

There is almost a Kardashian feel about her appearance too, especially this year. So I wouldn’t be surprised if cosmetic surgery has become her thing.