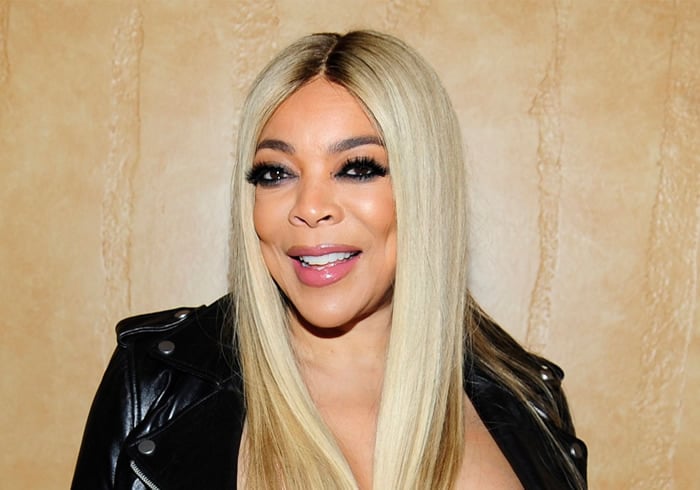 Has she been honest about her plastic surgery?

I’m sure this is what fans of The Wendy Williams Show wants to know.

On one hand, the beautiful host has never been shy about her procedures, but on the other, there seems to be more than what she has admitted in public.

So I went back to Wendy’s past photos to search for clues. I believe these comparisons have answered my questions. 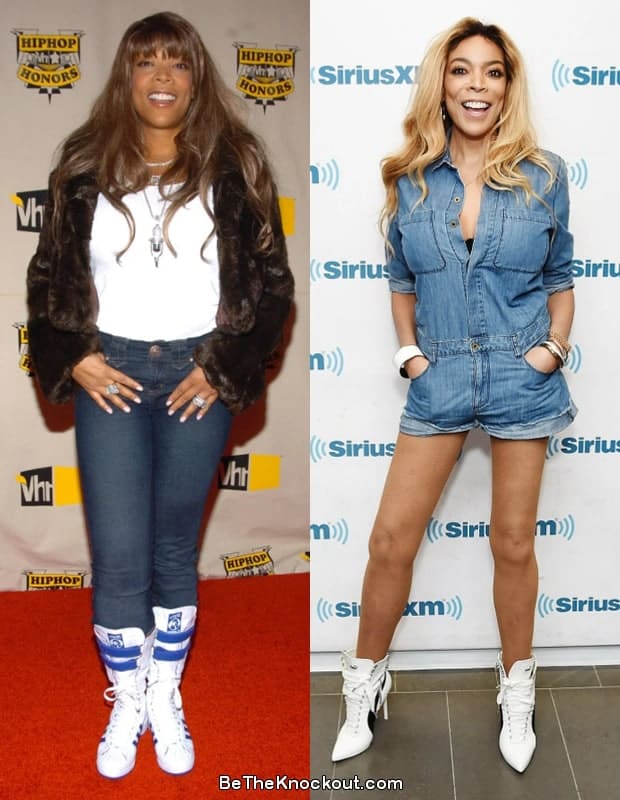 This was one of the procedures admitted by Wendy.

In fact, she’s had lipo more than once and a tummy tuck too. With before and after results like this, I honestly don’t blame her for getting them. She looks incredible!

If she had lost all that weight naturally, I’m sure many weight loss companies would be lining up to get her signature. It is that good.

She also has breast implants 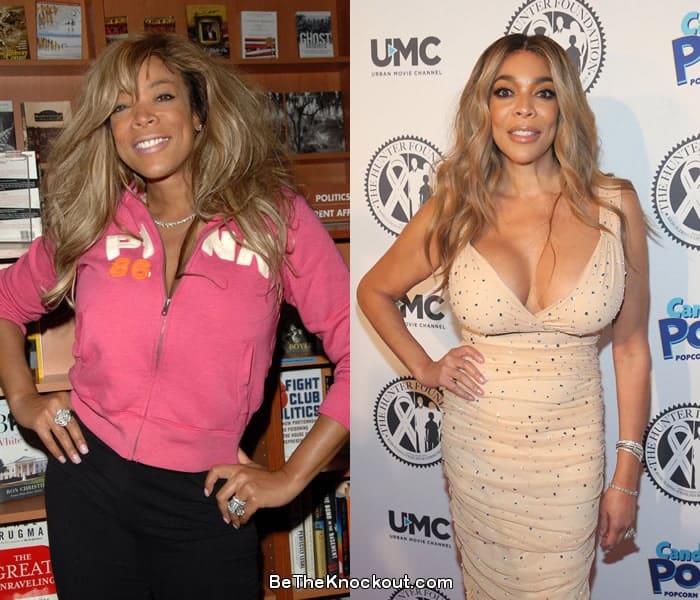 I don’t think this is news to anyone.

The TV talk show host has already come clean about the boob job she had back in the 90s. If it wasn’t for the pandemic, she said she’ll be fixing her implants as they are sagging.

For now, she is not thinking about getting a breast reduction because she still likes the size of her boobs, but is not denying getting one in the near future.

Wendy even showed off her botox on National TV 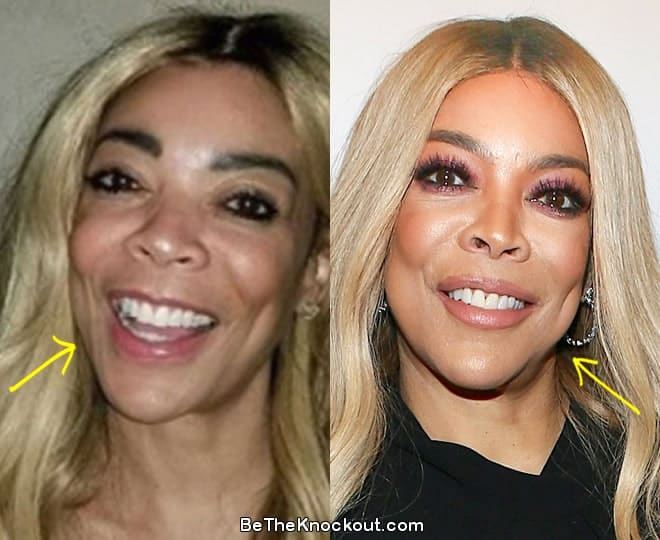 During an episode of her Fox talk show, Wendy invited her doctor backstage to film a closeup botox injection to show to her live audience. It was injected directly into her jawline.

Needless to say, this is a procedure Wendy has been getting for a number of years now and the result speaks for itself. I can see a sharper jawline, a more refined cheekbone, and fewer wrinkles too.

But did she have a facelift? 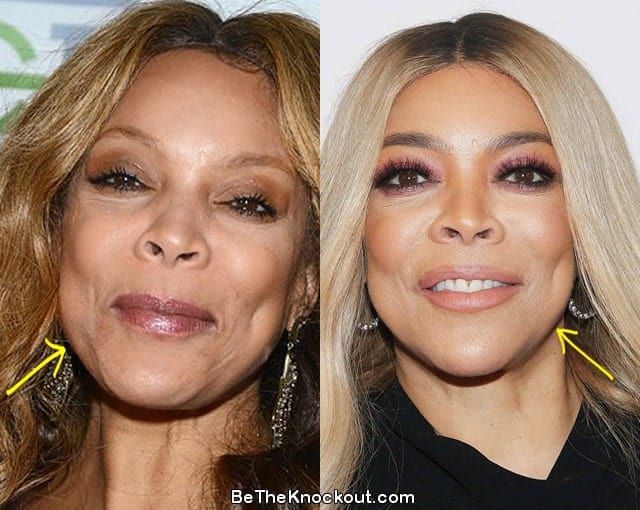 In case you didn’t know, Wendy said she has never had a facelift.

I believe her too as I think she has somewhat become an expert in botox and have been managing her aging through injections alone.

Of course, who knows what happens in the future. 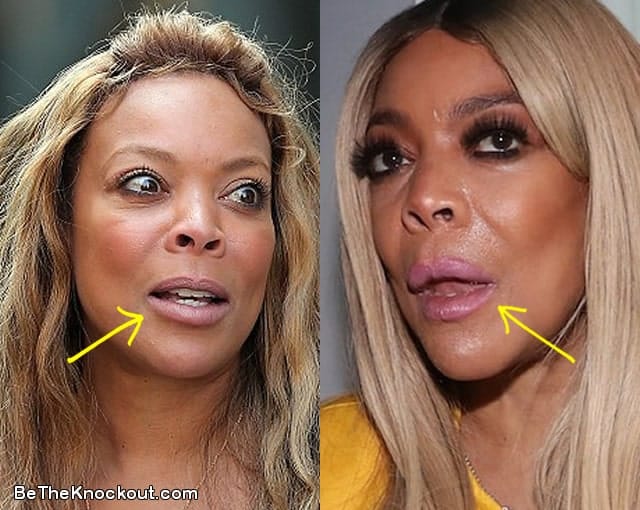 This was an area I really struggled with.

I mean…if you look at Wendy’s younger pictures, you will see that she definitely had thinner lips, especially the top. So base on this comparison, I think she did have lip injections.

Now, why didn’t she mention anything in public?

Perhaps she didn’t think it was a big deal to warrant a public statement. That’s my guess.

Has Wendy had a nose job? 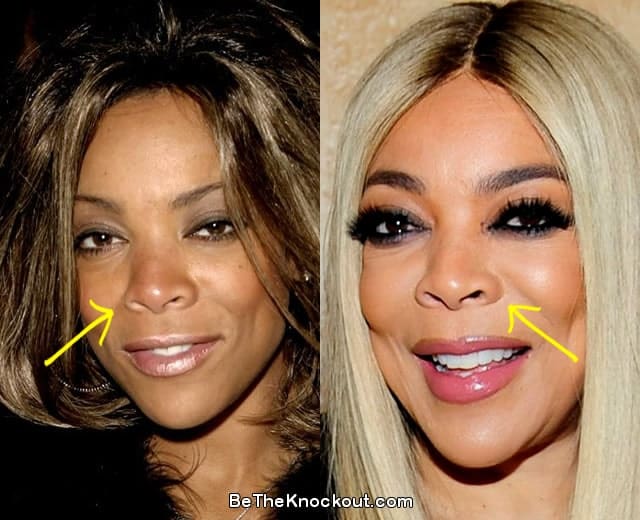 Okay, I don’t want to make this too complicated.

I have seen photos of Wendy where she appears to have a thinner nose bridge. However, it is important to understand that makeup has dramatically improved in the last 2 decades.

Plus, if Williams really had gotten a nose job, I believe she would have told us already. So I think what she has done to her nose is purely makeup and nothing else.

Personally, I reckon Wendy has been very honest about her cosmetic procedures. Maybe a little too honest according to Hollywood’s standards.

The only enhancement which she hasn’t open up in public is probably her lips. I’m not 100% but I think she just didn’t want to make a big deal out of it. It’s not like she has anything to hide, right? 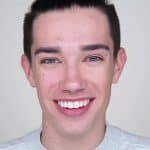 Kass Barrera - January 20, 2021
There is a reason why James Charles is the first male to appear on Covergirl. This guy is simply stunning whether he has makeup... 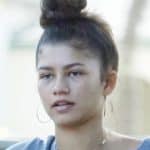 21 Gorgeous Photos Of Zendaya Without Makeup

Kass Barrera - January 5, 2020
When the eye meets Zendaya, you just know there's more to her beauty than what's hidden underneath all that makeup. Is it her eyes, nose,... 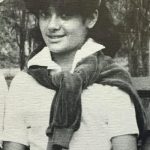 10 Young Salma Hayek Photos Before She Was Famous

Kass Barrera - November 24, 2021
What can I say? Salma Hayek made a lot of noise in Hollywood and I think we all know why. But what was young Salma...