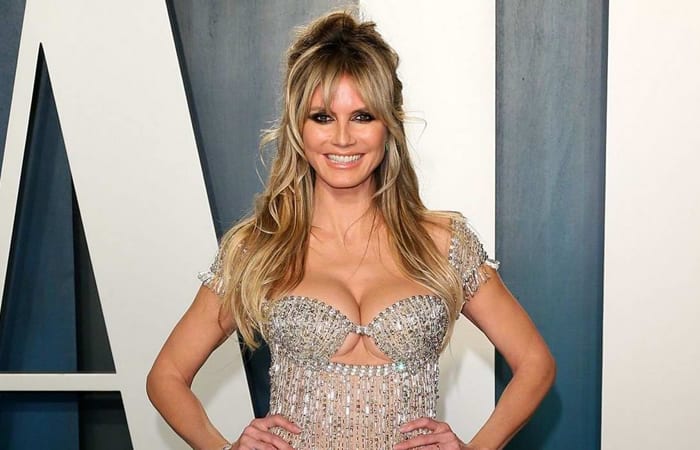 But if there is a slight chance that Heidi Klum has gotten plastic surgery, I want to know about it. I don’t need the so-called “experts” help either.

I can do better comparisons myself.

Did Heidi Klum have botox? 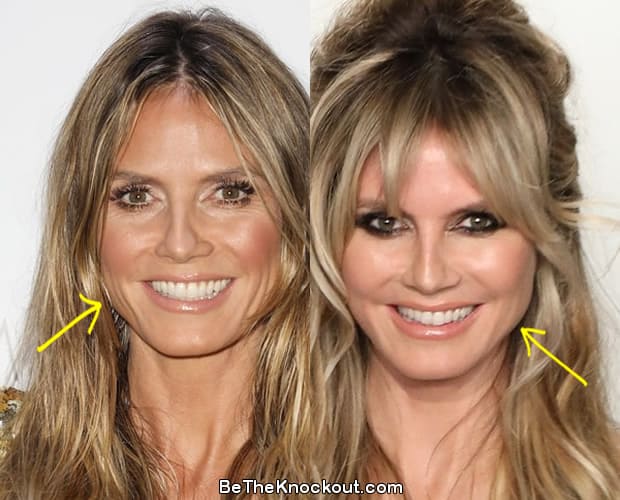 They seem to have disappeared in recent photos and what does that tell me?

I think the chance of Heidi having botox is high.

Check out those cheekbones too. They look plump and gorgeous!

Did Heidi get a facelift?

This is not too convincing for me.

I mean, Heidi is not even in her 50s so I don’t think she needs a facelift, yet.

Again, those smile line fixes are probably due to face fillers but other than that, I don’t think she had anything invasive.

Has she had a boob job? 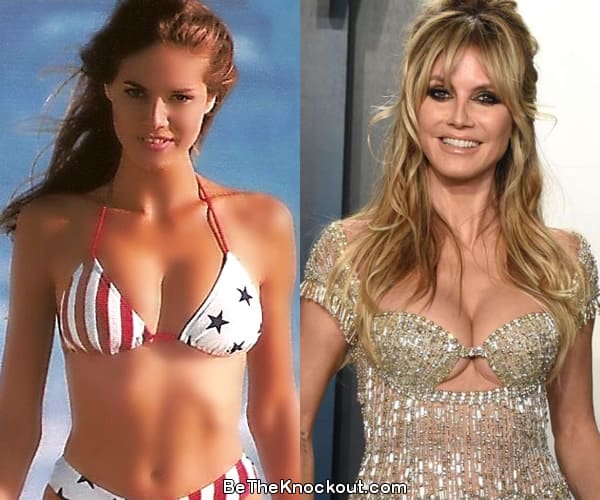 I don’t need to say much.

This picture should prove that Heidi’s boobs are real.

There is a reason why she is an international recognized model and having breast implants is not one of them.

Her body is not fake. End of story.

What about a nose job? 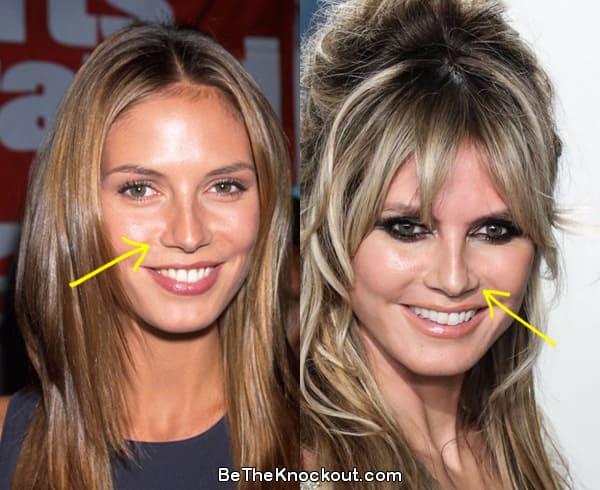 Can you see any differences here? I can’t.

Every part of her nose looks the same to me.

Heidi never had a nose job and I’ll leave it at that.

Life is a constant struggle even for Heidi.

While the AGT judge was born with a beautiful face and body, I think aging is getting the better of her. She seems to be fighting it with minor cosmetic surgery.

But did she actually go under the knife? I’m going to say no. Not yet, anyway.