Trying to find evidence that Lana Del Rey had plastic surgery proved to be a lot harder than I first thought.

I don’t know how to explain it.

The truth is, there weren’t many old photos of Del Rey that I could use to make proper comparisons. But I got it done.

Has Lana Del Rey had a nose job? 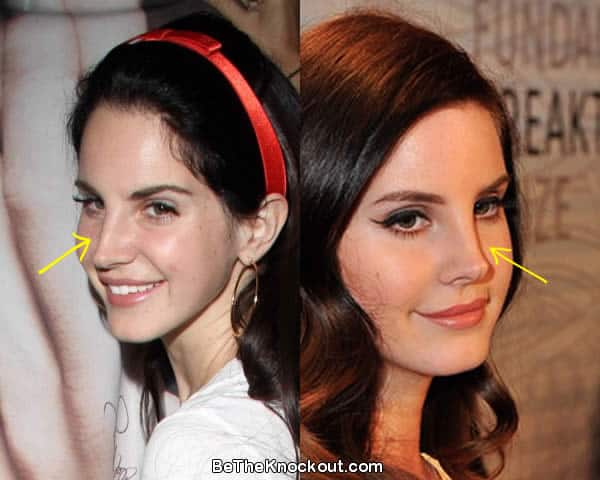 Before I go ahead.

You’re looking at opposite sides of Del Rey’s nose and face here, as they are both looking in different directions.

But if we assume they are the same, then it’s clear that her nose bridge looks unnatural. On one side, we see a tiny bump and on the other, her nasal bone looks curved in.

Now, whether or not she got a nose job to chisel that down, I’ll let you decide.

Did Del Rey have lip injections? 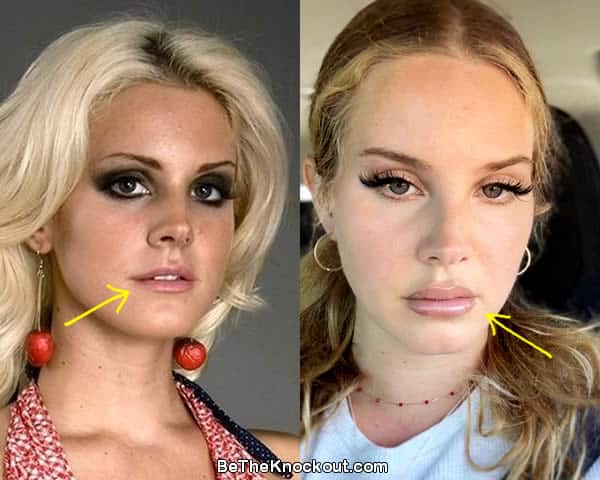 Del Rey’s lips look different compared to her younger self.

I’m not going to say that the singer gets lip fillers permanently because I have seen them fluctuate at times.

But if you ask me, I think lip injection might be a seasonal thing for her.

Did she get botox? 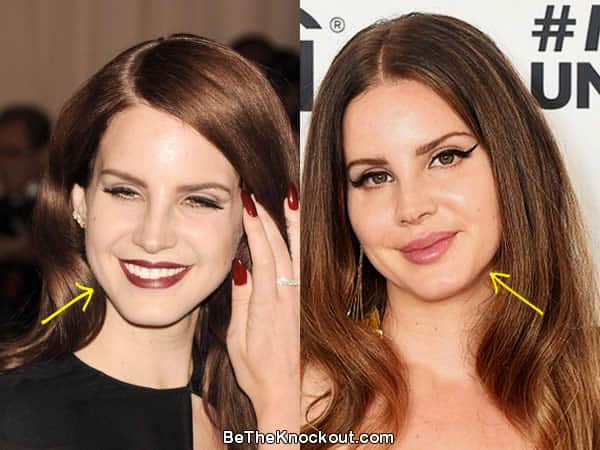 Firstly, Del Rey has gained some weight in recent years and the extra fat she put on the face cheeks almost acted like botox for her.

Secondly, she is still under 40 and seems to take care of her skin reasonably well.

I don’t think wrinkles are her main concern at the moment.

What about breast implants? 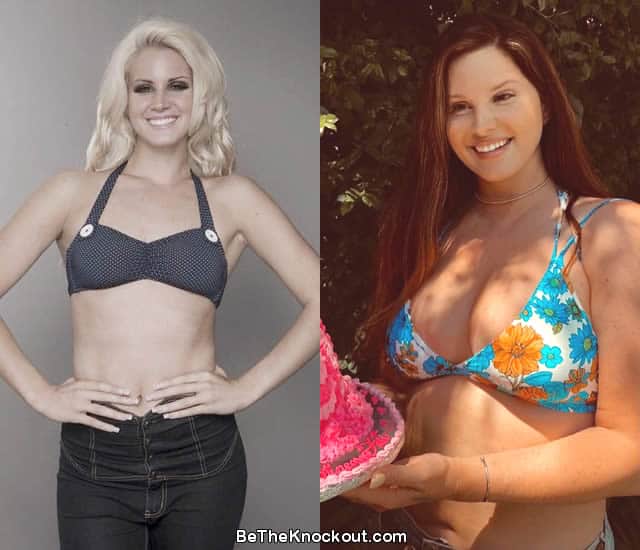 This was a tricky one.

I can see that Del Rey’s breasts have gotten larger but then, so has her entire body size.

I believe this is the reason behind her bigger chest and not a boob job.

These pictures probably weren’t enough to prove that any cosmetic surgery has taken place, but I think the signs are there.

Whether she did or not, I still think Del Rey is beautiful in every way. 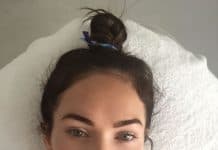 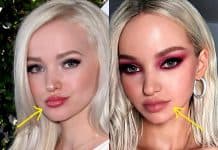 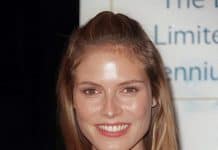 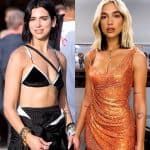 Siena Mason - March 12, 2021
I don't know who to believe anymore. Some people say Dua Lipa photoshop her photos while others believe she simply had plastic surgery. The singer... 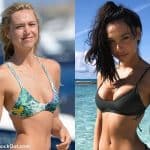 Kass Barrera - August 5, 2020
With such a pretty face and a killer bod, it's easy to see why Alexis Ren ticks every box to be an Instagram model. This... 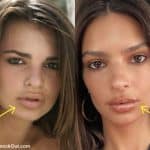 Kass Barrera - June 23, 2020
Yes, Emily Ratajkwoski is a babe. If you want to dispute that, go and tell her 20+ million followers. I'd rather find out whether the model... 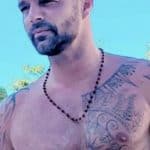 Kass Barrera - March 24, 2021
For someone who is so well-groomed, you'd think that his body is ink-free. But Ricky Martin actually has a total number of 7 tattoos, each... 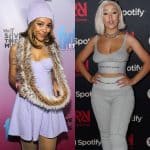 Kass Barrera - February 23, 2021
Something isn't right. I know Doja Cat has denied all plastic surgery allegations but if you compare the singer's face with her body, you'll see... 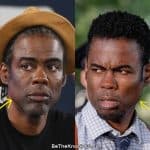 Siena Mason - July 12, 2021
They say laughing makes you look older. Every time you laugh, you're giving your laugh lines and crow's feet a workout. So, if a comedian... 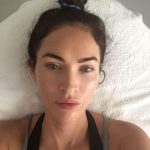 Kass Barrera - July 10, 2021
It's not just me. To many people, Megan Fox is a real babe but I've been wondering if she looks just as good without makeup. Haven't... 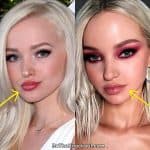 Siena Mason - July 8, 2021
I don't make things up. So when I do these plastic surgery comparisons on Dove Cameron, I'm simply letting the pictures do the talking. That's...